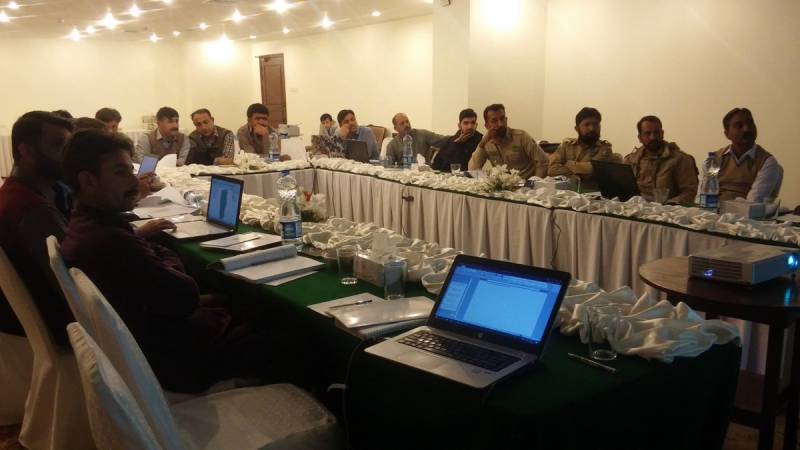 During the launch ceremony, the five-day workshop was formally inaugurated, which aims to set up a technology-based wildlife monitoring and conservation system for the staff of three selected PAs of Pakistan including Khunjerab National Park, Central Karakorum National Park and Margallah Hills National Park.

Officials of the Ministry of Climate Change, provincial Wildlife Departments, Zoological Survey of Pakistan and other relevant government organizations participated in the training workshop.

He said, “Effective management of protected areas and priority landscapes is essential in combating poaching and illegal wildlife trade. Implementing SMART will play a critical role in stabilizing the diminishing wildlife of Pakistan.”

He added that PAs have been deprived of resources and introducing the latest technology solutions like SMART will help in not only building the capacity of the wildlife and forest rangers but will also aid in streamlining the monitoring and reporting processes.

Rab Nawaz, Senior Director Programmes, WWF-Pakistan while speaking on the occasion explained how illegal wildlife trade is now recognised as a transnational organised crime due to its devastating impacts on wildlife and the scale of illicit profits. He said, “We need to join hands to promote consolidated efforts to halt this illicit industry.”

He also showed hope that the weeklong training will help in setting the basis for the provincial wildlife authorities to adopt and equip themselves with the latest tools and technologies critical to tackling poachers.

Hamera Aisha, Manager Wildlife, WWF-Pakistan briefed the participants about SMART, which is a technology based framework to control wildlife poaching and illegal trade of wildlife. She added, “The project is focused on including SMART based patrolling and monitoring programmes in Misgar Valley along with the capacity building of relevant stakeholders and effective community engagement to control poaching and trafficking at the selected sites. Pakistan will become the first country that will pilot SMART for species conservation.”

Wei Lim Yap, SMART Specialist, WWF International who is leading the training said, “It is difficult to detect illegal trade of each species. The key factors that contribute to increasing wildlife poaching and trafficking include weak coordination among enforcement agencies, lack of political commitment, and absence of public engagement. However, SMART uses technology such as camera trapping, which can be of immense support in curbing illegal wildlife trade.”