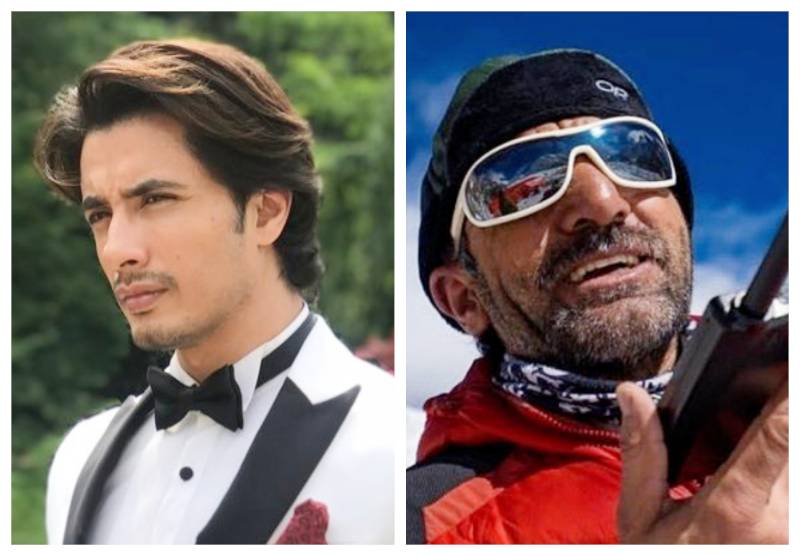 Pakistanis are missing Muhammad Ali Sadpara more after Ali Zafar has paid a tribute to the Pakistani mountaineer who went missing while climbing the K2 on 9 February, 2021.

The 'Paharon Ki Qasam' was originally sung by Kamal Masood.

Inculcating various traditional instruments, accompanied by flashing visuals of Sadpara on the glorious mountains he climbed, the song hit all the right notes.

Nostalgic yet an enchanting tribute, the melody serves as a reminder of Sadpara whose valiance and impeccable adoration for mountains have brought pride and honour to Pakistan.

Produced by Zafar's Lightingale Records, Zafar's version of Paharon Ki Qasam fits the bill, provided that the whole nation jumped on the bandwagon as they send prayers for Ali Sadpara and fellow climbers' safe return.

"We haven't received word of your arrival. Your memory won't leave our hearts. We will keep waiting for you, so return for the mountains’ sake," croons Zafar in the song.

Internet is flooded with thankyou comments and tweets to Zafar for the song and the emotional video. As a special token, the music video also has a clip of Sadpara singing Paharon Ki Qasam with his fellow climbers.

Posting the tribute, Zafar wrote, “No nation can thrive without recognising and celebrating their heroes. Ali Sadpara was one such unsung hero who dedicated his entire life and risked it to accomplish unprecedented feats for his country. This is the least I could do: sing for an unsung hero so that he is etched into our memories for as long as there is music.”

ISLAMABAD – Singer and ruling party leader Abrar ul Haq is determined to build a school in the village of Ali ...