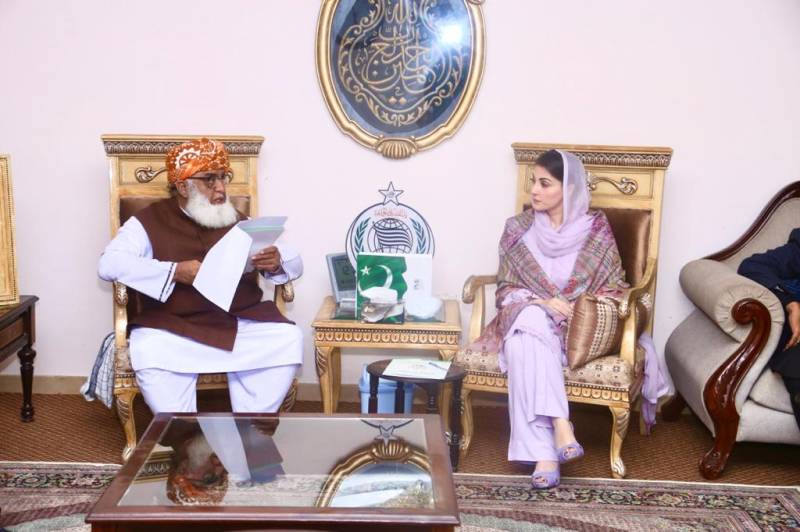 ISLAMABAD – The head of Pakistan Democratic Movement (PDM), an opposition alliance against the ruling PTI government, Fazlur Rehman has announced that all protest rallies would reach the federal capital at 1:00 pm tomorrow (Tuesday).

Addressing a joint-press conference with PML-N vice-president Maryam Nawaz on Monday, the Jamiat-e-Ulema Islam (JUI-F) said that the supporters from the nearby areas of Islamabad would take part in the sit-in outside Election Commission of Pakistan, and not from the all corners of the country.

"We shall hold a big public gathering at Liaqat Bagh on Feb 5," said Rehman.

He added that they were "democratic people" and their reforms were "in accordance with the law and the Constitution".

The PDM chief further said that they were holding protest outside ECP office over the foreign funding case against the ruling Pakistan Tehreek-e-Insaf (PTI), adding that the power of "proof" and "argument" was always considered.

"We can't allow ECP to linger on decision of this case," he added.

ISLAMABAD – Prime Minister Imran Khan has once reiterated that he "never give an NRO" to the opposition leaders ...