On this day in 2017, Pakistan defeated India to win maiden ICC Champions Trophy 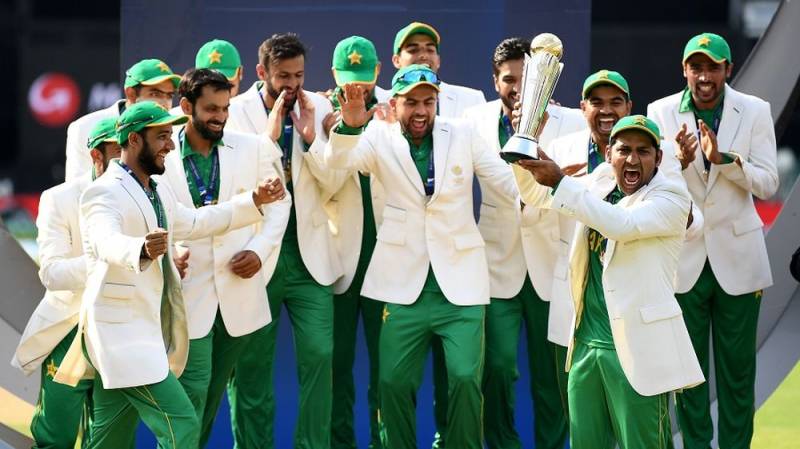 On this day in 2017, Pakistan defeated India by a historic margin of 18 runs at The Oval to clinch the maiden Champions Trophy.

The league-decider game of the 2017 ICC Champions Trophy was played on June 18 in London.

With thrilled performance by left-armer Fakhar Zaman, who scored 114 runs from 106 balls, Pakistan had posted a tough target of 338 runs for India.

Azhar Ali, Mohammad Hafeez and other players also played well in the game.

While chasing the strong target, Indian players could perform in front of skillful bowling by men in Green and make only 158 runs.

Former Indian cricketers had then termed the defeat shameful and humiliating.

LAHORE – Prime Minister Imran Khan is so far the only captain of Pakistan who had led the country to its only ...