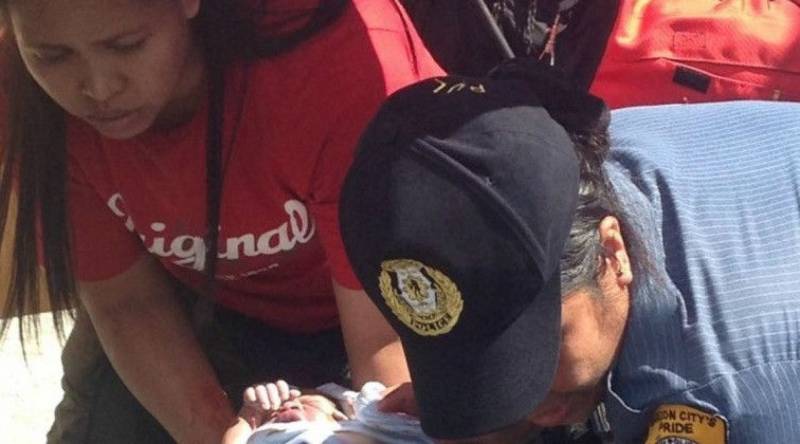 MANILA (APP) - A Filipina gave birth on a Manila side walk after getting caught in traffic chaos caused by a regional gathering of world leaders, police said Wednesday.

The sprawling Philippine capital is renowned for its daily tailbacks, but the ongoing Asia-Pacific Economic Cooperation (APEC) summit has taken the city's congestion to infuriating new heights.

Police have shut down key thoroughfares in the metropolis to ensure quick and safe travel for world leaders during the summit, causing gridlock and forcing many commuters to make long walks home.

In one incident earlier this week a pregnant woman trapped in traffic went into labour and gave birth with the help of two police officers, Senior Superintendent Wilben Mayor, the national police spokesman said Wednesday.

"It was a special situation but the important thing is the baby is alive and they (the officers) were able to perform their duties," he told a news conference.

Fellow commuter Angel Ramos-Canoy uploaded a picture and an account of the emergency delivery on her Facebook wall that quickly went viral. It showed a policewoman and a second woman in civilian clothes

Mayor said he did not have details on when or where the incident took place.