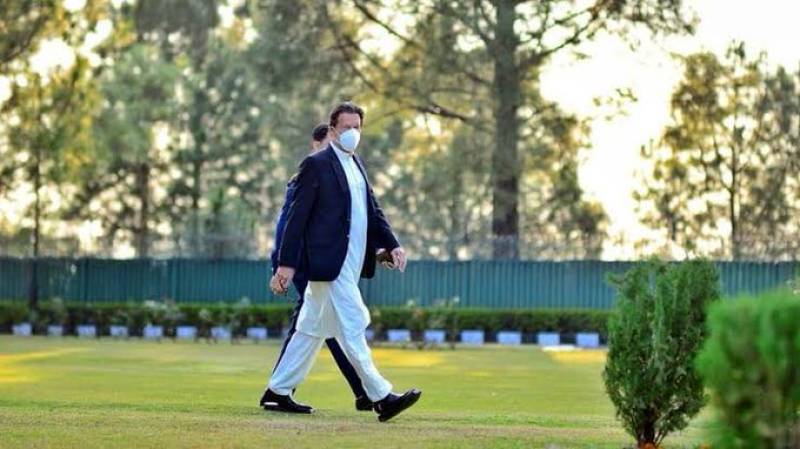 FAISALABAD – Prime Minister Imran Khan has said his government will fully support wealth creation and industrialisation in Pakistan to promote economic activities in the country.

Addressing businessmen and industrialists in Faisalabad on Wednesday, the premier said it is main policy of the government to industrialise Pakistan, which is vital for job creation as well. "Suggestions and input from the business community will be welcomed to strengthen economy," he added.

He asked Punjab Chief Minister Usman Buzdar to work for the establishment of textile skills institutions in this regard. He also urged the business community to take care of labour class' interests with the growth of their businesses.

Talking about people's demand for the establishment of high court in Faisalabad, Imran Khan said there should be a high court bench at every divisional headquarter.

He said his government believes in solving people's problems at the primary level for which a new local government system is being introduced in the country. He said under the new system, every urban center will have its own directly elected mayor. "Cities will be made more empowered to resolve their problems at the local level and without looking for any help from the provincial or the federal government."

He also inaugurated Kashmir underpass near the Kanal road, a model police station in civil lines and a soup kitchen outside the railway stations.

Earlier, speaking on the occasion, CM Buzdar announced a development package worth 13 billion rupees for Faisalabad.

ISLAMABAD –  Prime Minister Imran Khan on Friday (today) has arrived in Turbat to inaugurate development and ...