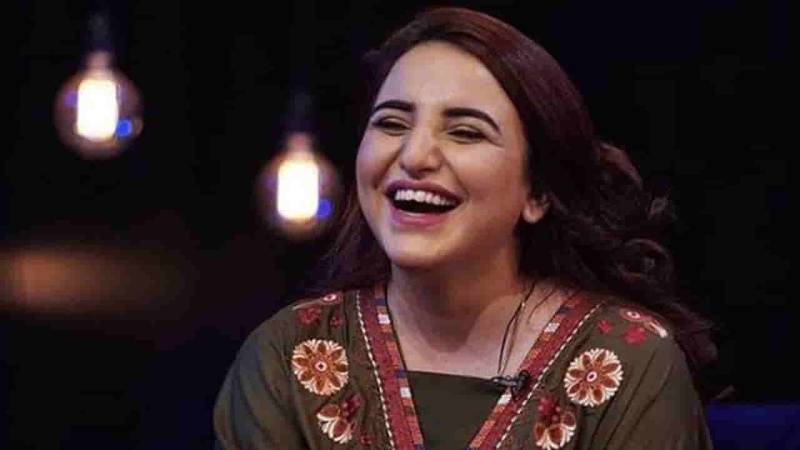 Tiktok controversy queen Hareem Shah continues to entertain her admirers with her escapades and has got the population fixated on her.

From a plethora of bold dances to peculiar TikTok videos, the social media sensation's larger than life persona has amassed applause and massive backlash.

This time around, Hareem paved her way to headlines over her controversial appearance on the talk show 'To Be Honest' where she prank calls Interior Minister Sheikh Rashid.

Delving into details about the fiasco, Shah dialled a number of a contact saved by the name 'Sheikhu' after which the host and audience burst into laughter.

Without reservations, Shah called the political figure who after picking up the call told Hareem to call him later.

However, the TikTok star was quite persistent in conversing with him. The political figure was quite furious and he put an end to the conversation by telling Hareem to zip it and cut the call.

Earlier, she caused a furore as the news of her marriage spread like a wildfire on the internet.

TikTok star Hareem Shah has surely emerged as the queen of controversies given the plethora of scandals, bold video and ...