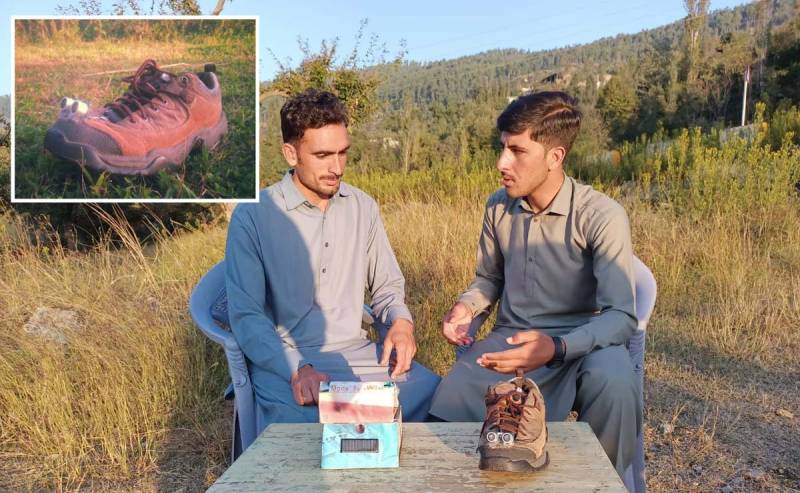 PESHAWAR – In a bid to make things easier for the visually impaired community, the 17-year-old Wasiullah invented smart shoes that warned about an obstacle with a sound or vibration.

The creation of Grade-10 student, who hailed from Swat valley, is footwear that comes with an ultrasonic sensor and Arduino board to keep blind people safe while they are walking.

In an exclusive conversation with a leading news outlet, the young inventor gave a detailed insight into his invention ranging from its idea to turning it into an affordable reality.

Wasiullah said he entered the world of innovation by repairing his damaged toys while he has also made a number of gadgets in his school lab.

Delving into details about his inexpensive creation, he said blind people will no longer need walking sticks or guides after smart shoes acquire popularity.

Wasi, whose father recently passed away, mentioned that a pair of smart shoes could cost about Rs4,500, however, he maintained that it was not possible for him to formally market them due to lack of funds.

Self-degradation is common place in Pakistan. For a country, merely 70 years old and created without ethnic and lingual ...

Meanwhile, the teacher of the tenth grader described him as his most brilliant student, who used to ask tricky questions. The shoes invented by Wasi can even be exported if the government backed the project, he added.

KP Directorate General of Science and Information Technology Chief also gives his take on the invention of the orphan boy, saying he will encourage and support Wasiullah to further extend the project.

“After evaluation by our scientists, our department will promote the project of smart shoes invented by Wasiullah for commercial purposes,” he said.