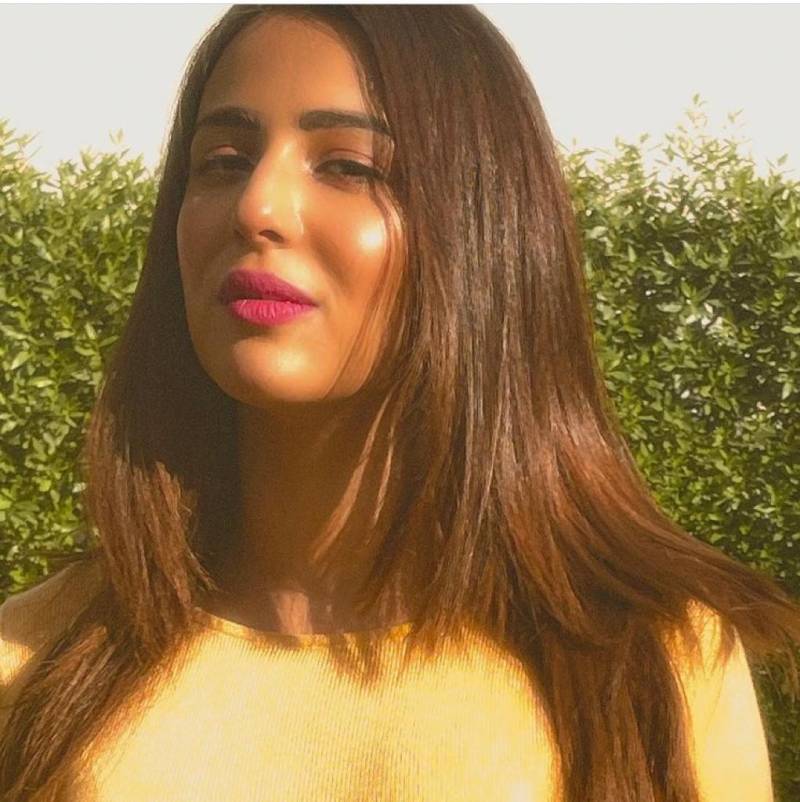 An incredibly gifted actress Ushna Shah is one of the fashionistas of Pakistan’s entertainment industry. With killer looks and a charming persona, the Balaa actor makes stunning wardrobe choices.

This time around, the Lollywood diva has left the internet ablaze with her mesmerizing looks as she debuts a full glammed up look on her social media handle.

Turning to Instagram, the 31-year-old left the temperatures soaring high as she flaunted her feminine aesthetic. Donning the bold and tricky outfit with the utmost panache, she looked ravishing in her mustard attire.

Spreading like wildfire, the pictures were lambasted owing to Shah's revealing outfit that the netizens deemed too 'vulgar' and 'inappropriate'.

Moreover, the moral police criticized her and made demeaning remarks regarding the actress. Some keyboard warriors compared her wardrobe choices with Bollywood dancer Nora Fatehi.