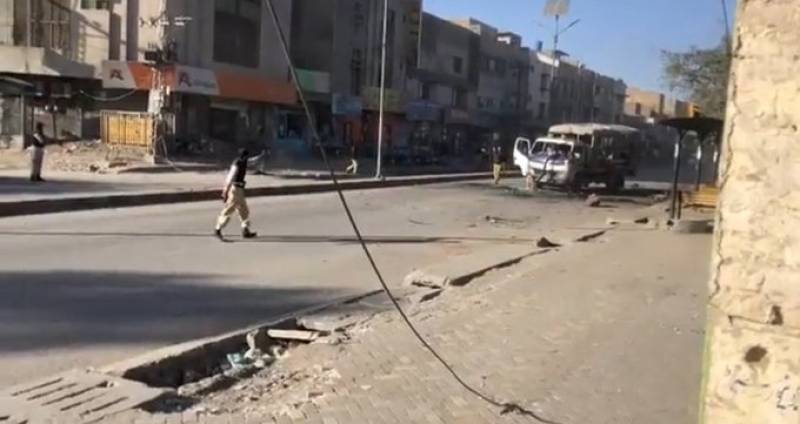 QUETTA – A policeman was martyred and more than dozen people were injured in an explosion at Saryab Road in Balochistan’s capital on Monday.

Reports said that a police mobile van was targeted in the blast that occurred near Balochistan University.

Security officials have cordoned off the area while injured people are being shifted to the hospital for treatment.

An official of the Counter-Terrorism Department (CTD) confirmed the death of a police official in the blast, adding that 13 other policemen and three passersby were injured.