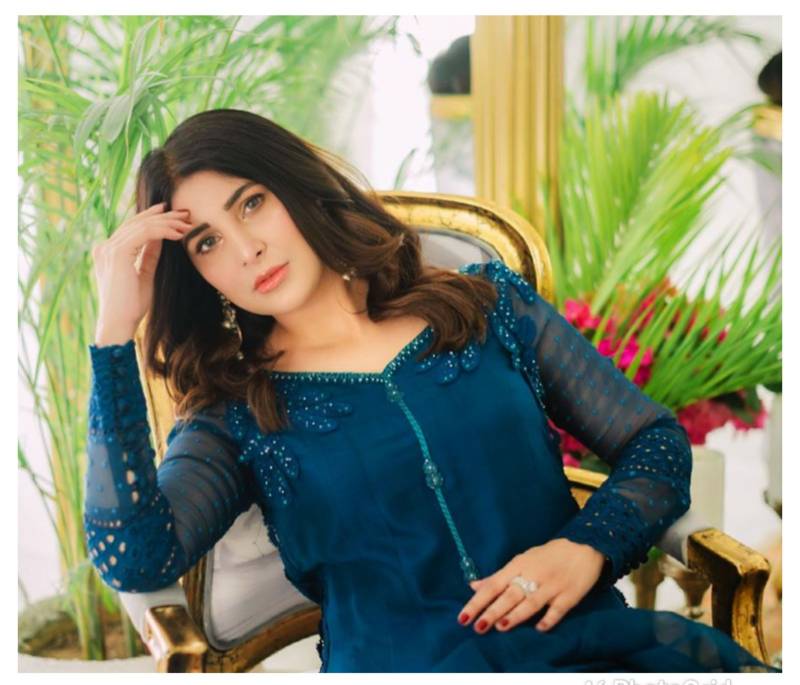 Jalan star Areeba Habib's is gearing up for her comeback on the small screen with another star-studded drama serial Nehar alongside Osama Tahir, Saboor Aly, and TV Host/Comedian turned actor Syed Shafaat Ali.

Revealing some exclusive details of her upcoming endeavour, Areeba revealed that she will play the character Komal. Moreover, she said that the storyline will tackle the issue of jahez or dowry.

Furthermore, the Koi Chand Rakh star revealed that she rejected 15-16 scripts before signing ‘Nehar’ because she was getting similar roles after working in ‘Jalan’.

"This drama focuses on our national issue of jahez and the rivalry it creates. It is a major topic in the drama. It's not about any sister rivalries; it's about the pressure parents feel from the boy's family when they are trying to marry their daughters off," the 28-year-old explained.

While talking about her co-actors, Habib said, "Saboor Aly is playing my sister in the drama, There's also Osama Tahir and Syed Shafaat Ali. The drama is being directed by Ali Hassan."

"I'm sure viewers will love the drama because of its different story. Drama's don't usually address the issue of jahez.", she concluded.

On the other hand, the upcoming drama serial is currently in the shooting phase and will be on-aired on HUM TV.

Minal Khan and Ahsan Mohsin Ikram’s wedding festivities might have ended but the fairytale wedding that concluded ...