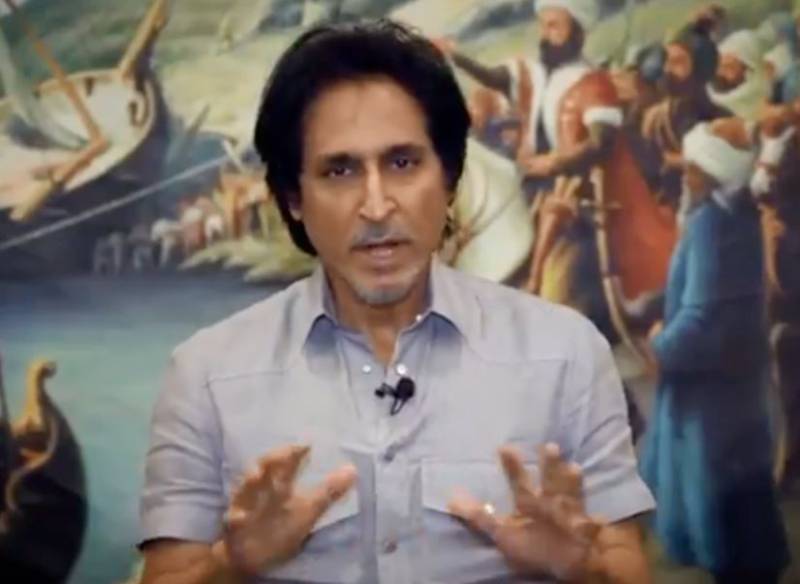 LAHORE – Pakistan Cricket Board chief Ramiz Raja has a message for Pakistan fans: "Stand behind us".

In a video message released Saturday evening, the PCB chairman spoke of trusting in your ownself and becoming the best cricketing team in the world.

It comes a day after New Zealand abandoned its tour in Pakistan citing ‘security reasons’.

PCB chief said that the Kiwis decision was not right for Pakistan cricket, adding that he can understand the pain of the fans.

Urging them to not lose hope, Raja said: “We have enough resilience and strength to pass through this phase, and that is because of fans’ support and the cricket team”.

Addressing cricket fans, Raja said that he understood their pain over the cancellation of the matches.

“If international cricket comes under pressure in Pakistan, we will tackle it,” the PCB chief said. If we fail to overcome it, we have a lot of confidence that we can build a world class team by playing at domestic level.”

Addressing national players, he asked them to channel their anger and frustration into their performance.

He said, “Teams from across the world will be lining up to play with us once we become a world-class team”.

On Friday, PCB in a statement said that the New Zealand Cricket (NZC) informed that they had decided to postpone the series due to some security concerns and it is their unilateral decision.

Prime Minister Imran Khan also spoke to New Zealand PM and informed her that we have one of the best intelligence systems in the world and that no security threat of any kind exists for the visiting team,” the cricket board said.

Meanwhile, the Chief Executive of New Zealand cricket said “it was simply not possible to continue with the tour given the advice he was receiving. I understand this will be a blow for the PCB, who have been wonderful hosts, but player safety is paramount and we believe this is the only responsible option.”