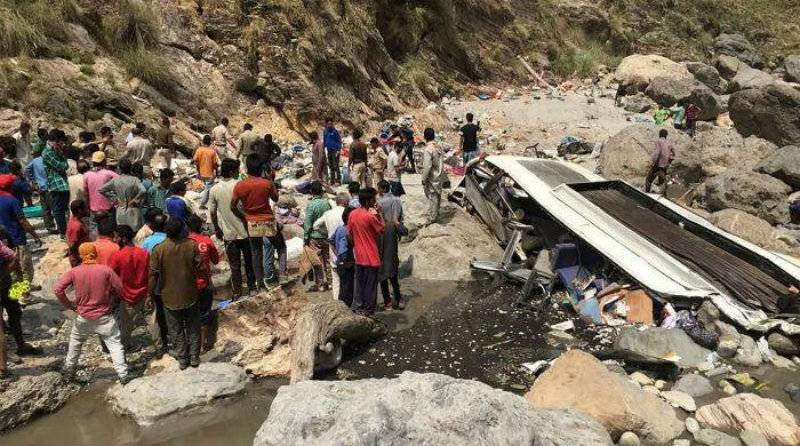 SHIMLA – A bus with 56 passengers on board plunged into a river in northern Himachal Pradesh state on Wednesday, killing at least 44 people.

The crash occurred around 115 kilometres from the capital Shimla, according to reports in Indian media.

Police rushed to the scene where rescue efforts were underway.

It was not immediately clear what caused the accident, or whether any of the survivors were injured.

More than 150,000 die annually in India due to poor roads, badly maintained vehicles and reckless driving.