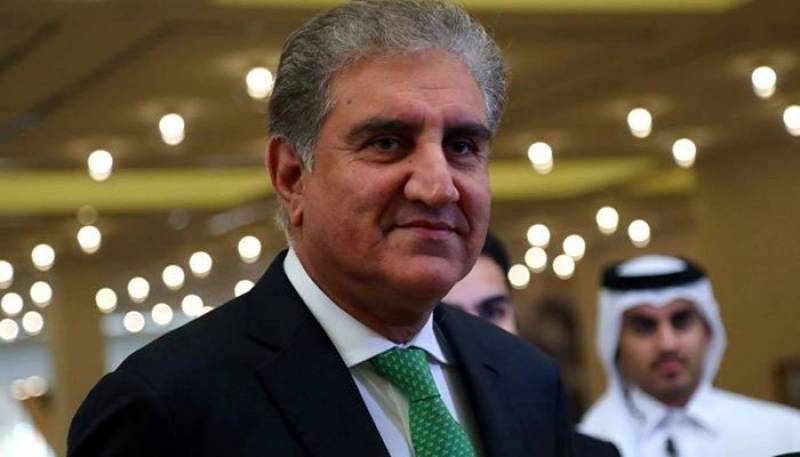 ABU DHABI – Foreign Minister Shah Mahmood Qureshi has arrived in the UAE capital during his official three-day visit where he is expected to meet his Emirati counterpart.

Both sides discussed issues of bilateral importance, including opportunities for enhanced trade and investment. They also mutually acknowledged the role played by professionals and diaspora in the success and development of the United Arab Emirates.

During the meeting, Qureshi reiterated that there was immense potential in expanding economic ties between the two sides. He also conveyed Pakistan’s desire in participating in the upcoming Expo.

FM @SMQureshiPTI reiterated that there was immense potential in expanding ???????????????? economic ties. He also conveyed Pakistan’s enthusiasm in participating in the upcoming @expo2020dubai. (3/3)#EconomicDiplomacy #PakFMinUAE pic.twitter.com/caI6uWXUQV

The Foreign Minister will meet his counterpart Sheikh Abdullah Bin Zayed Al Nahyan and other UAE dignitaries. The talks will focus on promoting bilateral cooperation especially enhancing the volume of trade between the two countries. Matters of the regional situation and international affairs will also come under discussion.

On Sunday, the foreign minister visited the Pakistan pavilion at World Expo 2020 to be held in the UAE from October 1.