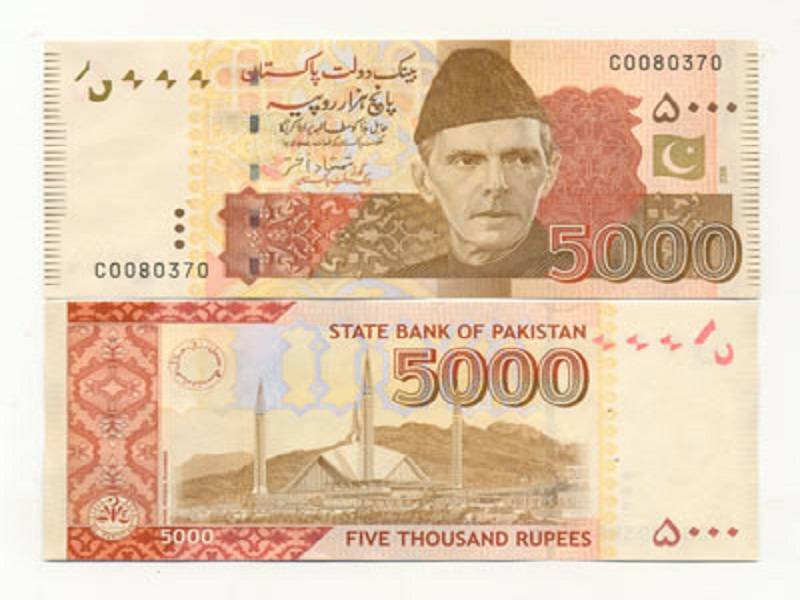 ISLAMABAD: The Senate passed a resolution on Monday with majority urging the government to withdraw high denomination Rs. 5,000 notes from circulation.

Pakistan Peoples Party (PPP) Senator Osman Saifullah Khan moved the resolution in the Upper House of Parliament and was strongly opposed by members of the government. This move has been carried out after India banned high-value bank notes last month in a move to curb corruption and tax evasion.

The resolution called on the government to demonetise the high denomination bank notes "in order to reduce illicit money flow, encourage the use of bank accounts and reduce the size of undocumented economy."

Most illicit transactions are carried out using the Rs. 5,000 note, said Senator Saifullah, although he also advised the government not to follow the method adopted by New Delhi.

Saifullah suggested that the government should stop printing the high denomination note and gradually pull it out of circulation over the course of the next three to five years.

The resolution was strongly opposed by Federal Minister for Law and Justice Senator Zahid Hamid. He said that around 3.431 trillion bank notes of Rs. 5,000 denominations were in circulation in Pakistan.

Rs. 5,000 bank notes comprise a total of 30 percent of the total currency in circulation, he said. Withdrawing such a large number of bank notes from the economy could cause a monetary crisis, he said, adding that people might prefer foreign currency over the Pakistani rupee in the steep drop in supply of the local currency.