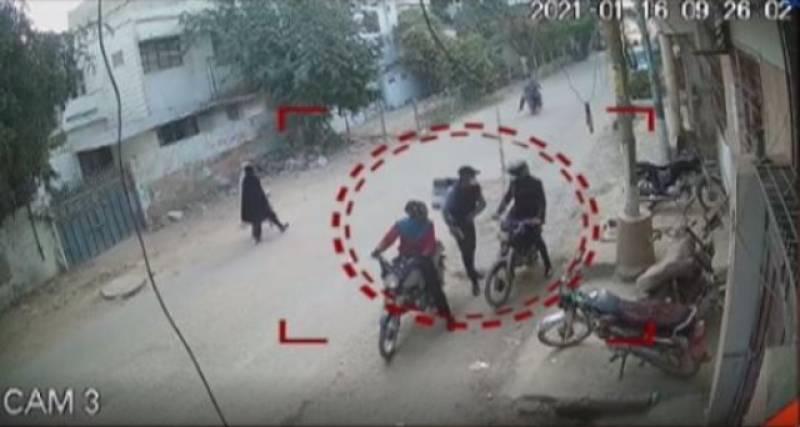 KARACHI – A food delivery man riding a motorcycle has robbed a man on gunpoint in Gulistan-e-Johar area of the Sindh capital.

The delivery man and his accomplice, who was riding the motorcycle with him, were wearing masks and the one on the back was wearing a food delivery thermal bag.

The two suspects stopped near another motorcyclist and brandished their weapon before taking off with his valuables.

Police have registered a case against the yet unidentified men and have launched a search.

A similar case happened on January 5 when a person posing as a food delivery man had tried to rob another person, but was caught by locals and handed over to the police.

KARACHI – A street criminal, pretending to be an online food rider, was arrested on Tuesday in a robbery case ...