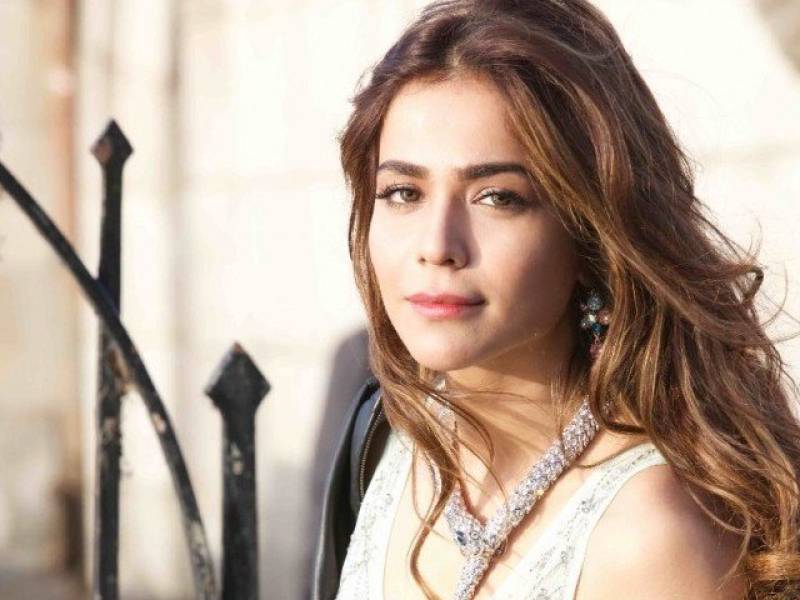 While celebrities and carbs aren't exactly synonymous, yet, if they want to make a dietary exception, McDonald's is the ultimate comfort food; but Bol star Humaima Malick was pretty disappointed in her meal as she vowed to never have it again.

Sharing a story on her Instagram handle, the 33-year-old actress accused McDonald’s of serving “old and bad” food.

"It’s been two days and my stomach is cursing me, You guys give old bad food to people. This is the third time this happened to me and my nieces.” 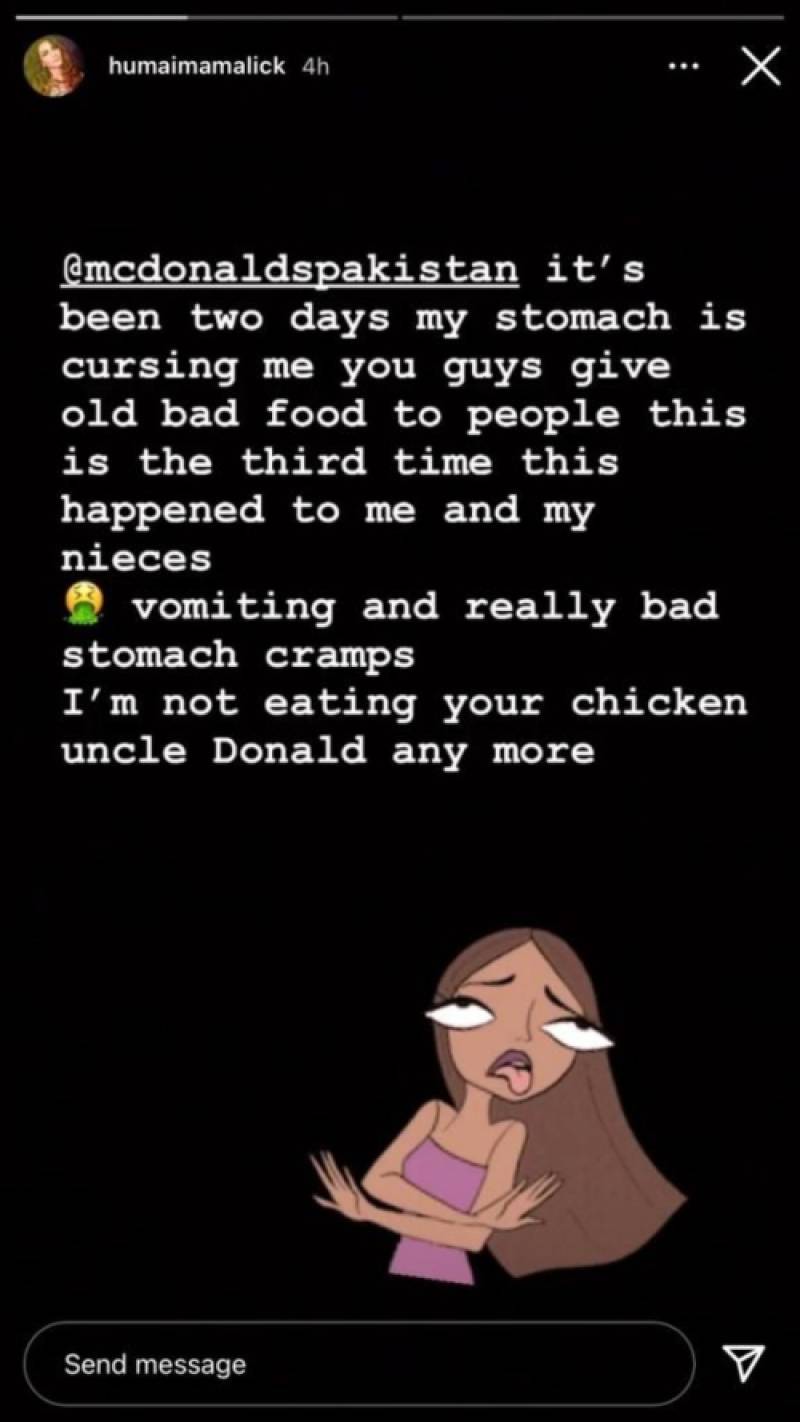 The Dekh Magar Pyaar Say star revealed that she is still vomiting and has stomach cramps. “I’m not eating your chicken anymore, Uncle McDonald’s.”

Malik has a lot of acting projects in the pipeline like Bilal Lashari’s The Legend of Maula Jatt starring alongside Fawad Khan, Hamza Ali Abbasi, Mahira Khan and Gohar Rasheed. The film was scheduled to be released on Eid ul Fitr 2020 but was postponed due to the pandemic.

KARACHI - Pakistani singer and host Dua Malik has hinted at quitting the showbiz industry following in the ...