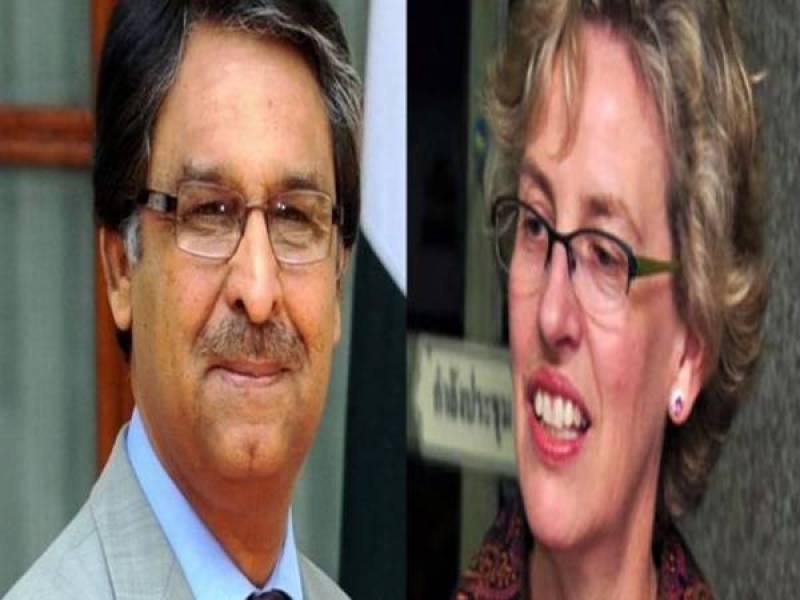 Pakistan's ambassador to the United States Jalil Abbas Jilani and Annette Dixon, the World Bank Vice President for the South Asian region, signed the accord in Washington,DC.

Talking to APP, the ambassador said another similar credit agreement of about $500 million will be signed in September this year with the World Bank for the energy sector reforms.

"This reflects the growing confidence of International donor agencies in Pakistan's economy," the ambassador said adding that agencies like the IMF have expressed satisfaction over the transparent use of funds by the government to stabilize the economy which was on the brink when Prime Minister Nawaz Sharif took over.

The credit of $500 million signed today will be transferred to Pakistan this week, the ambassador said.

The credit is aimed at Pakistan's goal of accelerating growth to help create jobs and economic opportunity for all. The main development objectives of the credit are to increase private and financial sector development.

Last year, the World Bank provided $1.7 billion to Pakistan, including funding for the 4,500 MW Dasu hydro project and an Irrigation project in Sindh province.

The government of Prime Minister Nawaz Sharif which took over in June, 2013, has embarked on a comprehensive programme to stabilize the economy and reduce energy shortages by focusing on various power projects.

The Ambassador noted that Standard and Poor's recently revised Pakistan's long-term €-B minus credit rating to positive from stable.

According to S&P, Pakistan has made significant progress in stabilizing its economy, fiscal and external performance.

Ambassador Jilani said the government is continuing to take steps to eradicate poverty and the cash grants under Benazir Income Support Programme has also been increased.

According to the Economic Survey of Pakistan, total expenditure of BISP during the current fiscal year has been projected to cross Rs. 90 billion.

The ambassador also mentioned that the government was eliminating SROs to provide level-playing field and widen the tax net.