India may initiate confrontation with Pakistan, top envoy in US warns the world 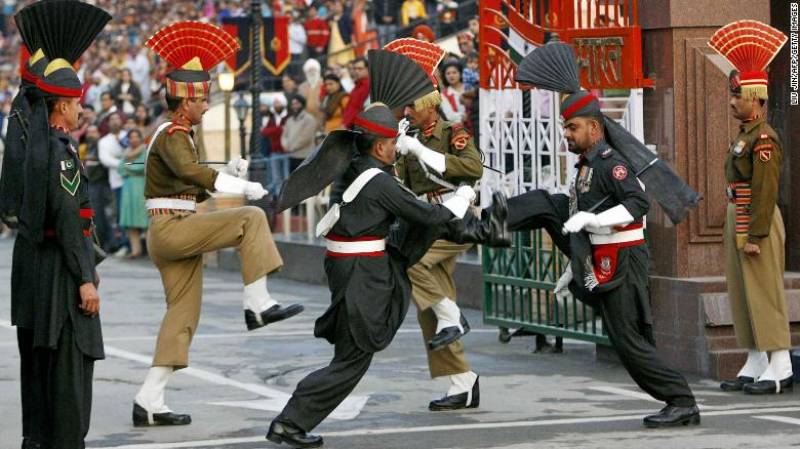 NEW YORK – Pakistan has called on the world community to recognize the “explosive environment” created by the Indian government in South Asia through its increasing military adventurism along the Line of Control (LoC) coupled with continuing repression in occupied Kashmir as well as targeting of Muslims in India.

The call was made by Pakistan’s Ambassador to the United States, Asad Majeed Khan, in an article published in The Washington Times, in which he also warned that India could start another confrontation with Pakistan.

“This is not the time for warmongering,” he wrote, pointing that Pakistan, India and the people of Kashmir were facing a common and deadly threat in coronavirus.

“The international community needs to recognize that the (Prime Minister Narendra) Modi government has created an explosive environment in South Asia, just as Pakistan had warned.”

“Above all,” the Pakistani envoy said, “there is need for U.S. leadership.”

Referring to President Donald Trump repeated offers to mediate between Pakistan and India on Kashmir, Amb. Khan said that the U.S. leader sees resolution of the decades-old dispute as key to achieving lasting peace and stability in South Asia and unleashing the region enormous economic potential.

“Anyone who shares that vision for South Asia would welcome the president offer,” the Pakistani envoy added.

Since 1947, he said, successive Indian governments had brutalized Kashmiris, who are now enduring a ‘double lockdown’, and denied them their right to self-determination. Yet the level of violence, torture and human rights violations being committed by Indian security forces under the Modi government now was unprecedented — even for Kashmir.

At a time when other countries are facilitating the free flow, exchange and sharing of information to fight the pandemic, India has imprisoned Kashmiris in an information black hole, it was pointed out.

“As if this was not enough, the Bharatiya Janata Party (BJP) has sneakily introduced a new ordinance to effect demographic change in Kashmir, believing that the world would be too distracted to notice.”

“To understand what is happening in Kashmir as well as the alarming rise in anti-Muslim violence across India, one must go back to the Rashtriya Swayamsevak Sangh (RSS), the Hindu nationalist paramilitary organization that gave birth to the BJP. Enough has already been said about the unsavory origins of the RSS. Suffice it to say that India imprisonment of 8 million Kashmiris, and the recent surge in lynchings and violence against Muslims across India are no accidents. They are the deliberate outcome of the RSS racist, Hindutva ideology.

RAWALPINDI – A civilian was seriously injured after Indian army resorted to unprovoked firing along the Line of ...

Amb. Khan said Prime Minister Modi party had mastered the art of using dog-whistle rhetoric and incitement of religious hatred as an instrument for getting out the vote. “Whether it was the Gujarat pogrom in 2002 or the anti-Muslim riots in New Delhi this February, the BJP starts to whip up hatred against Indian Muslims and Pakistan whenever it espies an election on the horizon.

“Flush with electoral success, the BJP is now emboldened to the point where it no longer feels the need to dissemble its real agenda: the transformation of India into a Hindu Rashtra, where all religious minorities — Muslims, Sikhs, Christiians, Dalits — are relegated to second-class citizens.

“In fact, the BJP would like to disenfranchise Indian Muslims entirely. In December, it passed a new law that would allow the government to strip Indian Muslims of their citizenship, and dispatch them to detention camps, which incidentally are already under construction.

“The demonization of Muslims in India since the outbreak of the coronavirus pandemic, therefore, is no surprise. The BJP has leapt at the opportunity to further stigmatize India already marginalized Muslim community by running campaigns on social media with inflammatory hashtags like #CoronaJihad. The result — predictably — is that at Muslims are being denied treatment in hospitals and assaulted on the streets.”

“Such statements are welcome but fall short of conveying the full extent of the dangers confronting South Asia today,” Amb. Khan said.

“Last year, Mr. Modi recklessly engaged in months-long brinkmanship with Pakistan that nearly led to war between the two nuclear powers,” he wrote.

“We only stepped back from the brink after Pakistan unconditionally returned an Indian pilot, who had been shot down after he intruded into Pakistani airspace, as a gesture of goodwill. Soon after his own election in July 2018, Prime Minister Imran Khan had promised India he would take two steps toward peace if India took one. Here he was, a few months later, living up to that pledge.

“Mr. Modi, however, not only disregarded Pakistan peace overture — just as he has snubbed all previous offers of dialogue by Pakkistan — but continued to scare up the prospect of war with Pakistann until he had won his re-election.

The world should, therefore, be more concerned that, having failed to break the will of the people in Kashmir and facing a faltering economy at home, Mr. Modi and the BJP may blunder — and bluster — their way into another co confrontation with Pakistan. The telltale signs — India ressuscitation of the tired old canards about ‘cross border terrorism’ and the increasing adventurism of its military along the Line of Control — are all there, if the world would heed them.”