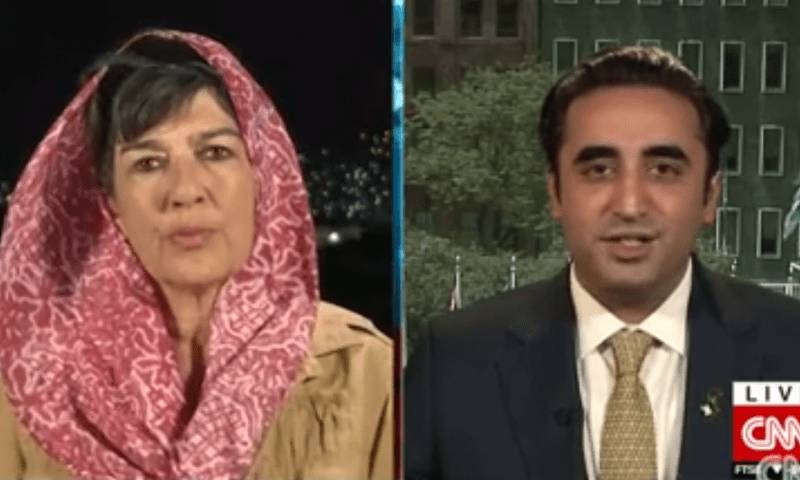 WASHINGTON – Foreign Minister Bilawal Bhutto Zardari, who is on his maiden visit to the US, said the Pakistani government was worried about rising in terrorism and was looking toward Kabul to play role in discouraging terrorist activities.

In an interview with CNN’s Christiane Amanpour, the young politician expressed hope that the new setup in Afghanistan lives up to their international commitment to not allow their soil to be used for terrorism.

Bilawal said Islamabad was continuously monitoring the situation and working to tackle the threat of terrorism.

Responding to a question about what it will take for Pakistan to accept Taliban-led government, the PPP leader said that any decision in this would be taken in line with the discussions with the international community.

He mentioned that If the Taliban remained courteous and fulfilled promises, it would be easier for Pakistan to support their case, and increase humanitarian support as well as efforts to stabilise the Afghan economy.

Washington believed Islamabad played a “very dangerous role” in supporting the Afghan Taliban over the time, the host asked to which Bilawal responded that Pakistan had consistently engaged with Afghanistan regardless of who was in power.

Bhutto scion said the world leaders should look towards the future and not the past as it would not serve any purpose if Afghanistan was abandoned again.

He maintained that the advances in Kabul have had a direct impact on the lives of Pakistani people.

FM said girls’ education and women’s rights did not only concern the west, as Islam also grants these rights to every citizen. Quoting the first word of Islam’s holiest book, he said every Muslim has to pursue education.

Mr Bhutto also recalled his slain mother in the interview, saying Benazir Bhutto was elected as the first female prime minister of Pakistan and it was an achievement of the Islamic world. “She would have been elected thrice if she had not been assassinated,” he maintained.