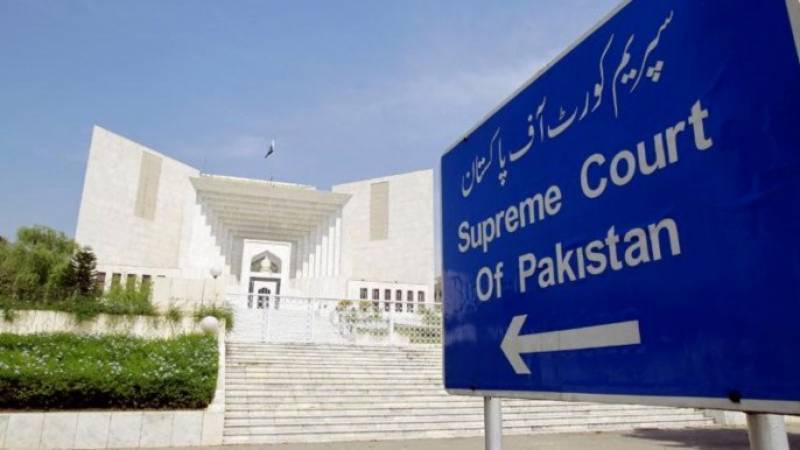 ISLAMABAD – The Supreme Court of Pakistan on Thursday imposed a temporary ban on transfers and appointments in high-profile cases pending in different courts.

A five-member bench headed by Chief Justice of Pakistan Umar Ata Bandial issued the order while hearing a suo motu notice taken by the top court yesterday on the 'perceived interference in the accountability process'.

The chief justice also stopped the prosecution from withdrawing the high-profile cases from the courts.

The top judge remarked that the court just wanted to know the reason behind the recent transfer and postings.

Expressing concerns over the transfer and postings of officials, the chief justice said that reshuffling was made the National Accountability’s Lahore office and the Federal Investigation Agency (FIA).

ISLAMABAD – The PML-N government on Wednesday appointed Muhammad Tahir Rai as the new director-general of the ...

The apex court has issued notices to advocate generals of all provinces and adjourned the hearing till Friday.

On Wednesday, a press release issued by Supreme Court said such perceived interference may influence the prosecution of cases, tampering, disappearing of evidence in courts or in possession of prosecuting agencies and transfer, and postings of officers on key posts.

It added that such actions, along with media reports to modify accountability laws, are likely to undermine the functioning of the criminal justice system and that tantamount to violation of fundamental rights affecting the society as a whole and eroding the confidence of the people in the rule of law and constitutionalism in the country.

The move comes amid reports of unlawful transfers and the posting of officials in the newly installed government.