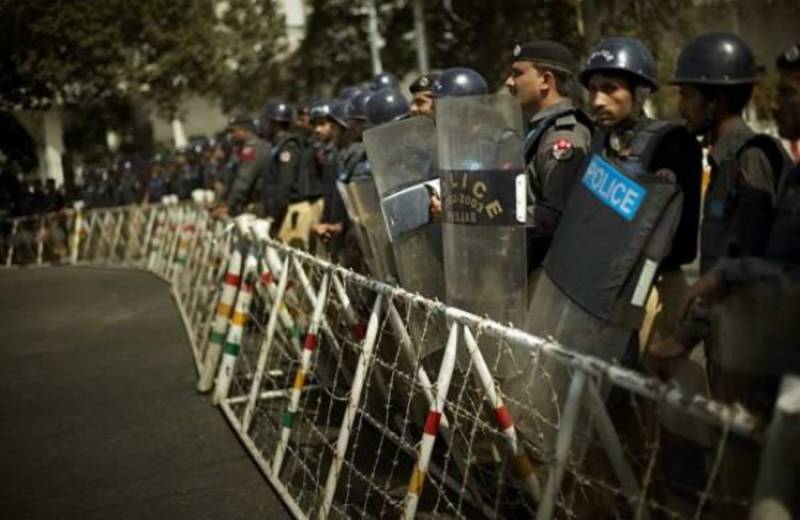 The headline of this column appears to be ridiculous. But it is also a fact that certain serious things (read achievements) sometimes spring up from ridiculous, funny appearances. The instant headline too reflects a serious situation although on the face of it, it appears to be merely funny.

The fact is that in this era of heightened tensions and conflicts, fire-extinguishing has become number one business and priority of all trades especially of the people who are in the forefront of peacekeeping business in the civilian domain.

It ought to be a number one priority within our law-enforcement structure in general and police force in particular given the background of typical high-handedness of our cops and the employment of third degree methods that has, for long, remained the order of the day within our unique, unscientific system of policing.

And here in the country and in the province of Punjab, we have some officers who have pioneered the art of fire-extinguishing that is not ordinarily suited to the routine ‘temperament’ of a cop or a super cop.

It came to be known during the last few weeks of agitations, roadblocks and protest sit-ins including those of Young Doctors that these police officers played down the charged emotions and cooled down the tempers with ‘cutting-edge fire-extinguishing technology’ that even made the fiery-natured and hard-nosed doctors to shift their most cherished sit-in venue i.e Shahrahe Quaid-e-Azam known as Mall Road in the provincial capital in the common man’s jargon, to another spot.

Now the question arises whether this precedent is good or bad? For the peace-loving people and peaceniks, the precedent is really good but for the CCPOs to follow Capt. Amin Wains and DIGs or SSPs to follow Dr Haider Ashraf, it will be a task next to impossible given the fact that remaining cool with all the paraphernalia of a force capable of apprehending, subduing and coercing, is not a joke.

Even otherwise it seems to be somewhat unnatural to remain cool for longer periods of time like the ‘coolant cops’ named in the aforementioned lines. It is simultaneously a big test case for the Public Service Commission selectors to find cops and officers among the potential candidates who are as cool as coolants and who are adept in the art of fire-extinguishing without getting unnerved, angry and upset.

Conversely, additional assignments and courses would have to be introduced in our police and administrative systems where cooling effect (and temperament) should be inculcated (if not ‘injected’ artificially).

On the top political front too, this ‘cooling and cooling down’ business has augured well for the sitting governments especially the government of Prime Minister Nawaz Sharif who has survived to the day courtesy his cool responses. And what happens next in the days to come, if not the cool responses, then cool calculations would certainly bring some relief, either in the life of the Prime Minister and his near and dear ones or in the lives of the people of Pakistan.