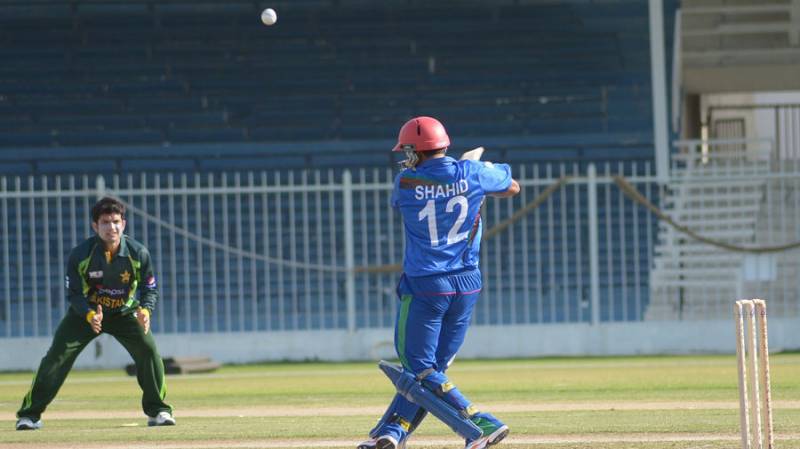 In the tournament's fourth edition, Pakistan U-19 team won the toss and offered Afghanistan to bat first. In 50-over game, Afghanistan lost 7 wickets and set a target of 249 runs for the Pakstani team.

The Afghan team took an aggressive start as batsman Ikram Faizi remained not out after scoring 107 runs while opener Rahman Gul made 40 runs.

However, all players of Pakistan were bundled out by Afghanistan on only 63 runs off 22.1 overs. In Pakistan's batting line, Mohammad Taha remained prominent with 19 runs.

Afghanistan's Mujib Zadran once again shined on the bowling side as it took four wickets restricting the Pakistani batsmen to 63 runs.

On  Friday, Afghanistan trounced Nepal in second semifinal and the emphatic seven-wicket triumph saw Afghanistan marching into the final against Pakistan.

Pakistan on Thursday qualified for the final of Under-19 Asia Cup in Malaysia by beating Bangladesh in the first semi-final under Duck worth–Lewis (D/L) method.

Batting first Bangladesh set Pakistan a 274-run target. Pakistan secured the place in the final by achieving the revised target of 199 runs in 39 overs for the loss of five wickets.