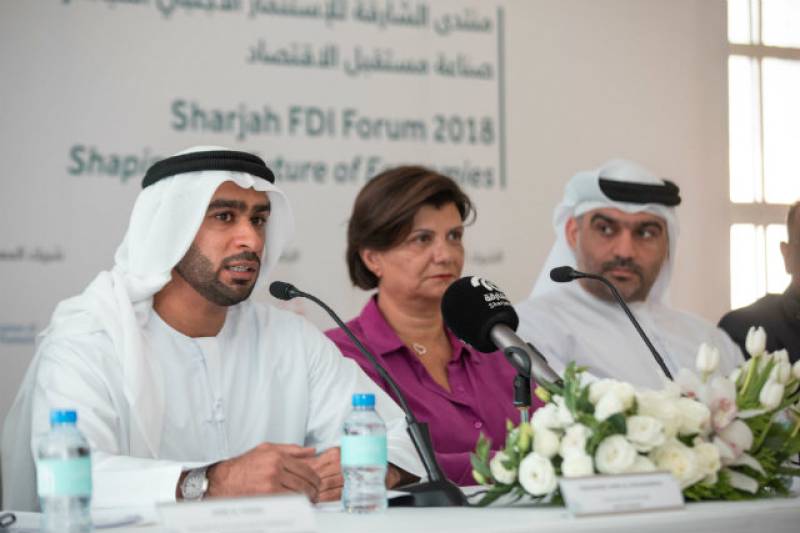 SHARJAH - More than 500 business leaders and 30 industry experts, chief executives and decision-makers representing the region and the world, at the fourth Sharjah FDI Forum, on 10-11 December in Sharjah, will lead discussions on corporate investment strategies, expansion opportunities, and explore latest in solutions, innovations and best practices within the global economy.

Under the patronage of Sheikh Dr Sultan bin Muhammad Al Qasimi, Supreme Council Member and Ruler of Sharjah, the Sharjah FDI Forum 2018 is organised by the Sharjah Investment and Development Authority (Shurooq) and the Sharjah FDI Office (Invest in Sharjah), with the endorsement of the UAE Ministry of Economy and in strategic partnership with CNBC Arabia.

The forum will be held under the theme, ‘Shaping the Future of Economies’ at the Al Jawaher Reception and Convention Centre in Sharjah. 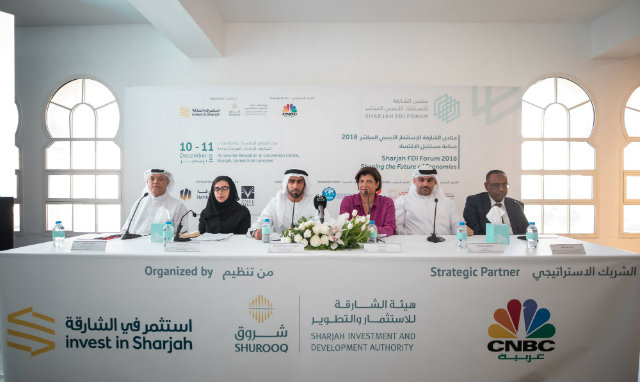 Al Musharrkh unveiled the forum’s comprehensive six-panel agenda, which will highlight the role of sustainable development in shaping the future of global economies. He also announced that for the first time, Sharjah FDI Forum will be hosting a special workshop on December 9th, organised and conducted by the World Association of Investment Promotion Agencies (WAIPA), targeting a number of investment promotion agencies from around the world, to discuss latest practices of promoting investment opportunities by studying investor needs and embracing latest technological breakthroughs to identify in-demand sectors.

On December 10, the forum will host three panel discussions. These are titled ‘Global FDI: New Regulations, Business Trends, Investment Cycles and Best Practices’; ‘The Future of Chambers of Commerce’; ‘The Race for 5G: Smarter Business Applications and Better Support for IoT Ecosystems’.

A side session on the role of youth in shaping the future of economies, and how the youth drive digital advancement and economic development will also be organised.

The three panels, which will take place on December 11 are titled, ‘Man vs. Machine’; ‘Women Advancement in Business: Women’s Impact in Driving Economic Growth’; ‘Sustainability beyond CSR’. 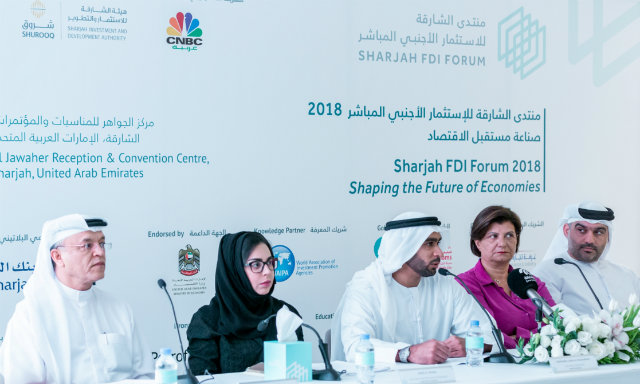 Highlighting the topicality of the discussions that will take centre stage during this edition, Al Musharrkh said: “The forum’s agenda has been designed to respond to the growing need to fully understand and make the most of the rapid changes in market trends, globally, and shed light on new mechanisms that will assist in attracting FDI more effectively into a diversity of sectors to promote inclusive and sustainable growth.”

He added: “The forum aims to strengthen UAE’s efforts towards boosting the role of FDI as key driver of the national economy, particularly in light of the recent decree on FDIs issued by the UAE President His Highness Sheikh Khalifa bin Zayed Al Nahyan.”

He noted: “The forum builds on the success of previous editions, and reiterates Sharjah’s opportunity-rich and business-friendly environment, which make it a key investment destination. Our FDI growth rate exceeded AED 1 trillion last year, and growth rate peaked at 4.7 percent.”

On her part, Hind Al Youha, Director - Investment Department, Ministry of Economy, highlighted that Foreign Direct Investment (FDI) plays a key role in the efforts to boost the economic growth of countries, especially across the transfer and resettlement of modern technologies, the injection of more capital, the creation of jobs, the improvement of income levels, the enhancement of market efficiencies and in supporting the competitiveness of the national economy.

She said: “The fourth edition of the Sharjah FDI Forum comes at a time when the investment environment in the country is undergoing quality-focused changes brought about by the recent issuance of Federal Law No. 19 of 2018 on FDI, which represents a strategic step towards enhancing the country’s investment climate--moving its incentives and elements to a new stage that supports the competitiveness of the business environment and serves the development trends of the country.”

She explained that the law aims at attracting large international companies and enhancing the presence of foreign investments across primary sectors, which give added value to the national economy by giving  legal ownership to the foreign investor by up to 100 per cent in the sectors or activities stipulated by the law and according to a number of standards and controls ensuring that these projects are in line with the country's objectives in the transfer and localization of knowledge, especially in the areas of innovation, technology, space, renewable energy and artificial intelligence, and other factors that underpin the goals and objectives of UAE Vision 2021 to build a diversified global knowledge-based and competitive economy.

Also speaking at the press conference were representatives of the forum’s partners, including, Omar Ali Saleh, Director of International Relations Department at Sharjah Chamber of Commerce and Industry; Aida Armali, Manager of Bank of Sharjah; Shihab Al Hammadi, Director of Sharjah Media City (Shams); and Zaid Al Qufaidi, Managing Director of Retail at ENOC, who underscored that the Sharjah FDI Forum is one of the most prominent economic events in the Middle East, given its diverse and inclusive insights and visions on investment and business growth at the local, regional, and international levels.

First launched in 2015, the Sharjah FDI Forum is one of the world-leading economic and finance forums, and the largest FDI and investment forum of its kind across MENA, and hosts a number of high-profile speakers, experts and CEOs from the private and public sector across the world.