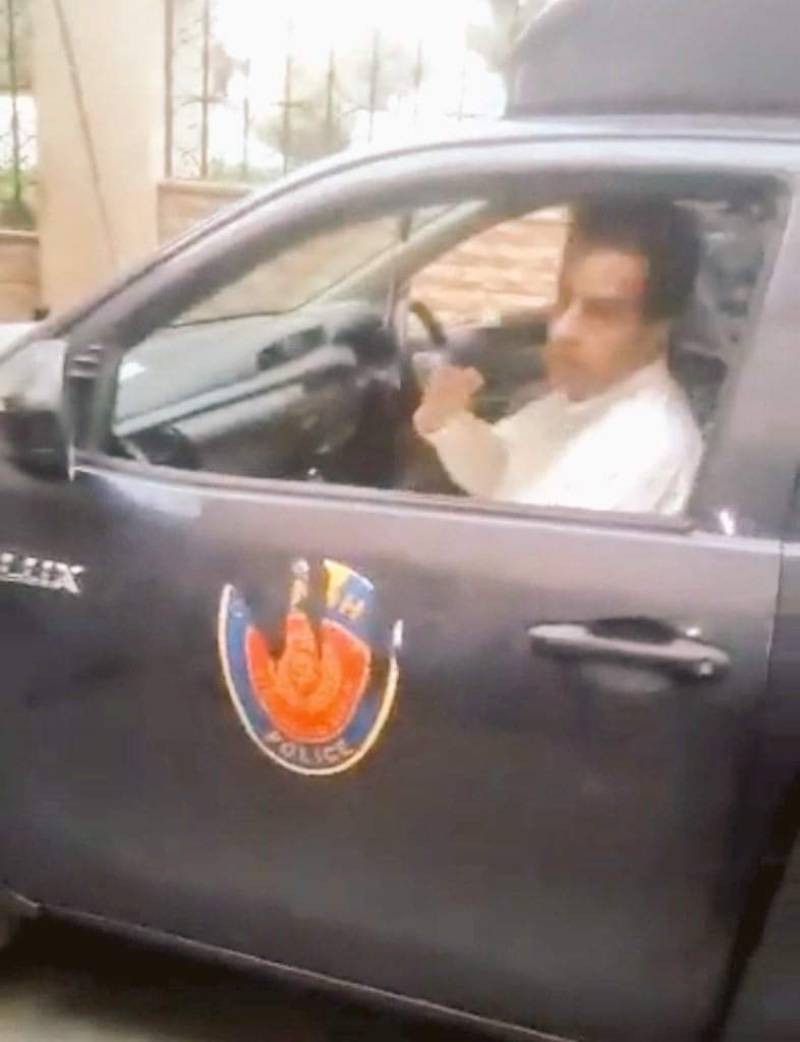 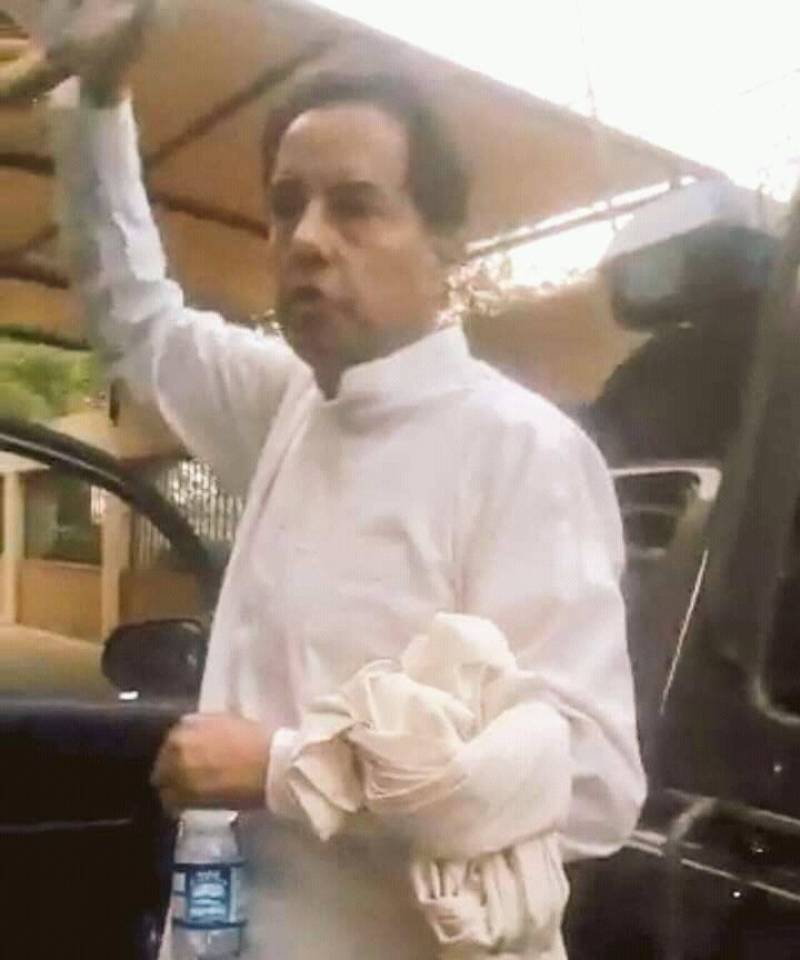 Maryam Nawaz in her tweet confirmed: Police broke my room door at the hotel I was staying at in Karachi and arrested Capt. Safdar.

Police broke my room door at the hotel I was staying at in Karachi and arrested Capt. Safdar.

Sindh Police on Monday arrested former prime minister Nawaz Sharif’s son-in-law Captain Safdar. He was taken to the Aziz Bhatti police station from his hotel room in Karachi. The case was registered at the Brigade police station.

FIR lodged under sections 6, 8, and 10 of the Quaid e Azam Mazar Protection and Maintainance Ordinance 1971 which depict prohibition of meetings and sanctity at the mausoleum. Sections 506-B, 427, 34 of the Pakistan penal code were also included.

The arrest comes in wake of the case filed by PTI Karachi local MPAs against Maryam Nawaz, Captain (retd) Safdar, and other PML-N leaders for violating the sanctity of the Quaid's Mazar.

The arrest of the PML-N leader was made under Quaid e Azam Mazar Protection and Maintainance Ordinance 1971.

PML-N vice president also shared a video on her Twitter account claiming that the police had forcefully entered her hotel room to arrest her husband.

Meanwhile, PTI Sindh MPA Khurram Sher Zaman shared on his social media account that after 10 hours of the PML-N leaders’ visit to the Quaid’s mausoleum the police had registered a case against them.

Lawmakers and leaders of PTI had approached the police officials on Sunday for the registration of a case against PML-N leadership, accusing the latter of violating the sanctity of the Quaid's mausoleum.

Allhumdulillah, Captain Safdar was arrested by Sindh Police after registering a case. But Mr Imran Khan, The culprit was given a front seat in a police car. When will this VIP culture end? Capt Safdar????️#maryamnawazsharifrocks pic.twitter.com/BXS6siecl5

PTI MPAs Raja Azhar Khan, Haleem Adil Sheikh, and others from the party submitted an application at the Brigade police station, asking the police to register a case against PML-N's Maryam Nawaz, Captain Safdar, Marriyum Aurangzeb, Ali Akbar Gujjar, and approximately 200 others.

According to the application, the PTI leaders accused the latter of violating the mausoleum's sanctity by crossing the metal barrier encircling Quaid-i-Azam Muhammad Ali Jinnah's grave and shouting slogans that "disrespected" the site and "hurt the sentiments" of the people.

The application further stated that the incident, occurring around 5:30 pm, was broadcast by domestic and foreign media outlets.

The complainants also claimed that this act prompted angry citizens to take to the streets, but law enforcement officials were prevented from taking action. It added that interference in the government's course of action was a grave crime.

The petition, signed by MPA Khan, sought legal proceedings against the accused.