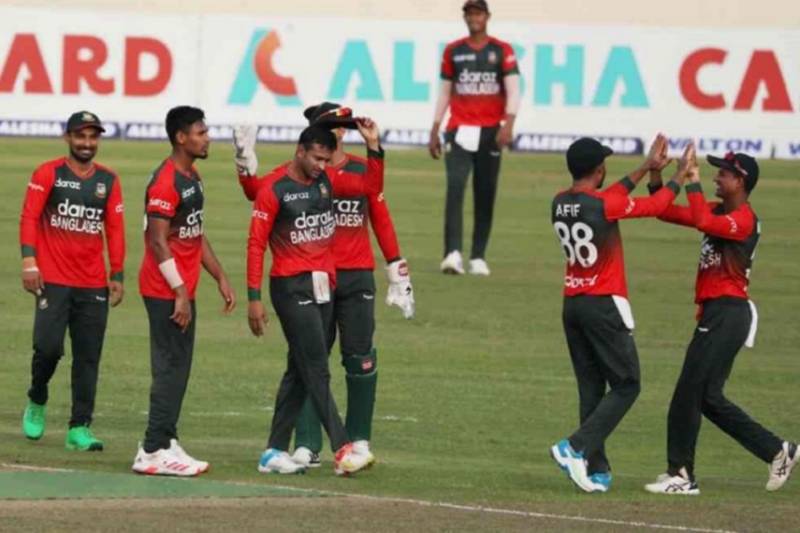 DUBAI – Bangladesh defeated Oman in their second match of the T20 World Cup 2021 at Al Amerat Cricket Ground on Tuesday.

This was a must-win game for Group B favourite Bangladesh to stay alive in the tournament as Oman and Scotland were at the top-two spots in the group. Bangladesh won due to a superb bowling show from Mustafizur Rahman and Shakib.

Jatinder Singh top-scored for Oman with his 40 runs knock but no other batter looked in a good touch vs Bangladesh bowlers.

Batting first, Bangladesh were bundled out for 153 runs in 20 overs as Oman's Bilal Khan returned with the figures of 3/18.

Bangladesh (2 points) are still at the third spot in the Group B points table while Scotland lead with 4 points.

Earlier, Oman looked to continue the winning streak against desperate Bangladesh in the sixth match of the ICC T20 World Cup 2021 on Tuesday at Al Amerat Cricket Ground.

‘The tigers’ were still reeling from the defeat against Scotland while another loss would have put them out of the event. Bangladesh lost both their warm-up matches to Ireland and Sri Lanka which were played before the start of the tournament.

Scotland had given Bangladesh a target of 141 runs to win but the latter could only score 134 for 7 wickets at the end of the 20 overs of the second innings.

Scotland defeated Bangladesh by six runs in the second match of the first round of the T20 World Cup 2021 on ...