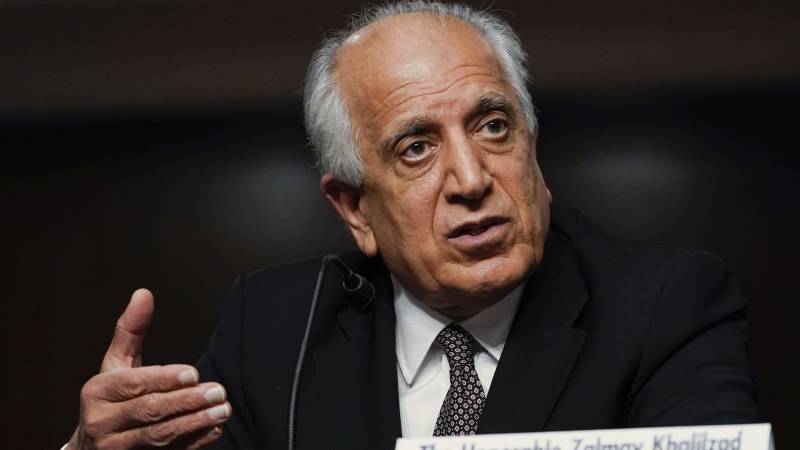 WASHINGTON – The special US representative for Afghanistan Zalmay Khalilzad, who brokered the deal between the US and Taliban, has resigned less than two months after the Taliban takeover.

US secretary of State Antony Blinken on Monday announced that Khalilzad will be replaced by his deputy, Tom West, mentioning that the new envoy will work closely with the US embassy in Afghanistan. “I extend my gratitude for his decades of service to the American people,” Blinken added.

Some reports stated that Biden’s envoy to Afghanistan submitted his resignation on Friday. Khalilzad in his resignation letter, cited, “The political arrangement between the Afghan government and the Taliban did not go forward as envisaged. The reasons for this are too complex and I will share my thoughts in the coming days and weeks.”

It further stated, “Going forward, I plan to contribute to the discussion and debate about not only what happened but what should be done next”.

The former US envoy held the post for the last three years and spearheaded the talks with the Taliban that led to the February 2020 deal for the withdrawal of US forces.

ISLAMABAD – US Special Representative for Afghanistan Reconciliation Zalmay Khalilzad is expected to arrive in ...

Following the collapse of the Afghanistan government, the Taliban swept through the war-torn country and marched unopposed into Kabul while the unfolding situation made Khalilzad the face of one of the most significant US diplomatic failures in recent times.

Although, Khalilzad helped in evacuation for American civilians and Afghan nationals – more than 120,000 people were evacuated from the land lock country following the US withdrawal.

MOSCOW – Russia will host China, the US, and Pakistan for talks on Afghanistan on October 19, reported Russian ...