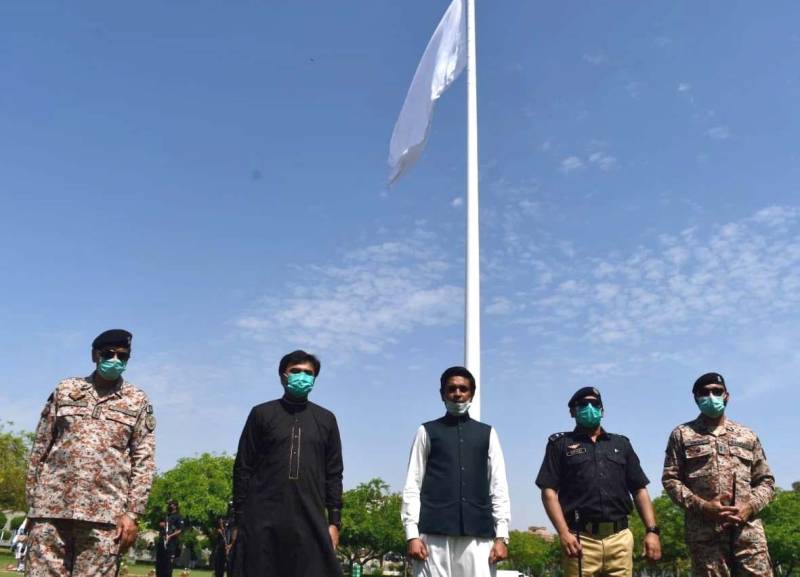 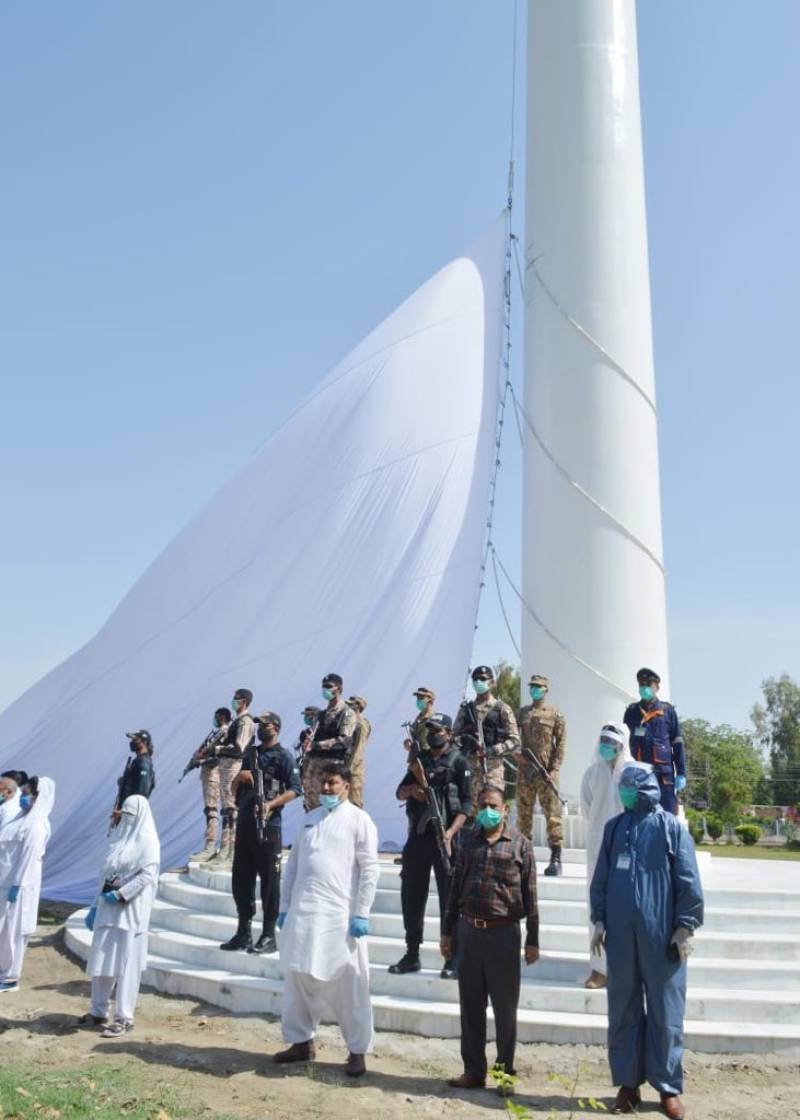 SUKKUR – Mayor Sukkur, Barristor Arslan islam Shaikh, paid rich tribute to frontline soldiers fighting the COVID-19, while hoisting world's largest white flag on walking track Sukkur in honour of those frontline heroes who have been serving the country during this pandemic.

The Mayor Sukkur on Monday hoisted world's largest white flag, contains 84x56 feet (84 feet long and 56 feet wide) size with 50 kilograms weight on walking track Sukkur for paying tribute to those who playing the role as frontline nation's soldiers during the time of war against the coronavirus without taking care of his/her own life also putting at great risk the life of family members, consisting doctors, paramedical staff, law enforcement agencies, arm forces, rangers, police, media persons, municipal staff and others. He also presented Sindhi cultural topi and ajrak to them for the sake of motivation and gave a message that entire nation was unite and stands besides them shoulder to shoulder.

Speaking the media persons, the mayor said Pakistan was developing country and the health system was not established enough to deal with the current pandemic and prevention was not possible without these national heroes, our frontline soldiers against COVID-19, he said.

Social distance was ensured by adopting precautionary measures to prevent the spread of the coronavirus during flag hoisting, while portable wash basins and sanitization walk through gates were also installed on the walking track.

Paying tribute to frontline soldiers, Mayor Sukkur Barrister Arsalan praised by getting them into the confidence that all the nation is standing besides them for their support, he said, "You are our real heroes, the way you have been playing your role in the ongoing war against the COVID-19, taking at risk of you and your family lives is admirable and will create history in world". He also saluted to the frontline soldiers against COVID-19.