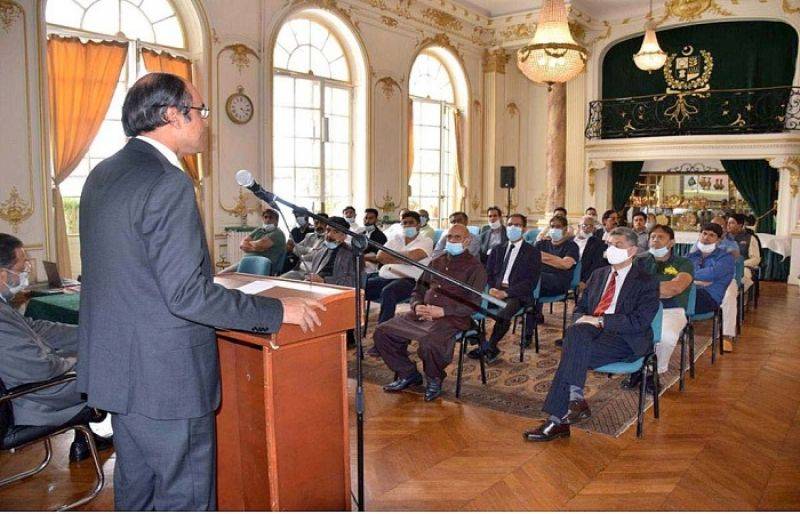 ISLAMABAD - The Embassy of Pakistan to France, in Paris has launched Run for Kashmir Tele-marathon Cellphone application and Roshan Digital Account.

Addressing the launching ceremony the Embassy of Pakistan in Paris, Pakistan Charge d'Affaires, M. Amjad Aziz Qazi explained the concept behind the app saying that virtual Run for Kashmir is a global humanitarian effort aimed at creating awareness about the atrocities being committed by the Indian occupation forces in the Indian Illegally Occupied Jammu and Kashmir.

He said IIOJK has been under the Indian military siege and its status has unilaterally been changed by the Indian government.

While introducing the Roshan Digital Account, the Charge d'Affaires said that this would usher a new era in banking sector in Pakistan, the Radio Pakistan reported.

He said the Roshan Digital Account will fully integrate the Pakistani diaspora into the Pakistani banking and digital payments system providing them access to all conventional account services, including funds transfer, bill payments for their families, e-commerce and investment in stock market and fixed deposit.