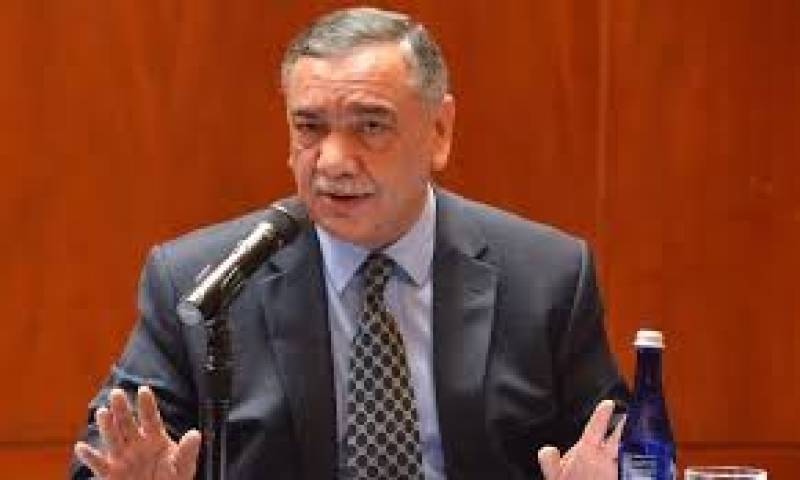 ISLAMABAD - A full court reference was held in honour of Chief Justice Asif Saeed Khan Khosa's retirement at the Supreme Court on Friday.

Addressing the full court reference, Chief Justice Asif Saeed Khan Khosa said: "The footprints of my judicial career, spanning over a period of about 22 years, may be found in almost every aspect of criminal and constitutional law and a student of law may find that throughout these years I have tried to consolidate legal knowledge on different aspects and have also made attempts to resolve conflicting opinions on diverse legal issues." He said: "My tenure as the Chief Justice of Pakistan lasted for a little over 11 months, or 337 days to be exact. If the weekends and gazetted holidays are excluded then I had about 235 working days in that capacity. Initially that period appeared to be too short to make any meaningful contribution but in hindsight it appears to be long enough for taking some critical steps and for initiating reforms in the justice sector." He said that video-linkage was established between the Principal Seat of this Court at Islamabad and its Branch Registries at Quetta, Peshawar, Karachi and Lahore, facilitating lawyers to argue their cases from their own stations rather than travelling to and staying at Islamabad for that purpose. Huge expenditure which the litigant public had to incur in this regard previously, is now substantially curtailed and this step also makes it possible for the lawyers to attend to their other cases fixed at their local stations on the same day, he added.

He said that a mobile telephone application had been launched through which any person can access and receive information about any case pending before the Court besides being able to read and download any interim or final order, passed by the Court in any case.

He said, "During the last 235 working days as many as 15,555 cases have been decided by this Court despite many Larger Benches of the Court, having remained busy with some important cases consuming a lot of time." He said that a working paper containing some proposed amendments to the Supreme Court Rules, 1980 so as to regulate suo motu exercise of this Court's jurisdiction under Article 184(3) of the Constitution and to provide for an Intra-Court Appeal in that respect has been presented before the Full Court and the same is under active consideration.

For expeditious holding and conclusion of trials before the trial courts Model Courts have been introduced with no extra expenditure and without change of any law or procedure and with a little fine-tuning of the system the same Judges and Magistrates have started holding and concluding trials within a matter of days rather than years," he said and added that "such Model Courts include Model Criminal Trial Courts, Model Trial Magistrates Courts and Model Civil Appellate Courts. Within the last 212 working days, the Model Courts have decided 1,16,407 cases and in dozens of Districts in the country zero pendency of many categories of cases has been achieved, including cases of murder and narcotics." He said: "I believe that a Judge, besides being just and fair to all, should have a heart of a lion, nerves of steel, wisdom of a sage, expression of a man of letters and approach, full of empathy and compassion." Addressing the participants Chief Justice-designate Justice Gulzar Ahmed said that in the office of the Chief Justice of Pakistan, Justice Khosa had ventured upon many innovations to ensure effective and fast delivery of justice.

He said that Justice Asif Saeed Khan Khosa had also established a Police Reforms Committee, to ensure that the establishment of Police, all over Pakistan, establish law and order and redress the issues of the people of Pakistan, effectively, and to rebuild its image and inspire confidence in the people, to cooperate with and give effective assistance to the police, in dealing with the issues of crimes, etc." He said that the most essential need of the time is that the State should build and provide for civic infrastructure so also the civil infrastructure, and such should be done and achieved, keeping in line the time and pace of the ever-progressing world. Humanistic approach, needs and has to be adopted, at all levels, not only by the State, in performance of its functions, but such humanistic approach also needs to be inculcated at all levels of the society for the healthy growth of the nation, he added.

He said that bench and the bar are considered as co-extensive bodies, and thereis no gain in saying that there should not be any difference or misunderstanding in them nor should such thing be visualized. Both, the Bench and the Bar, need to be restricted and respect to their respective functions and show restraints in their mutual dealings, so as not to cause obstruction for the smooth functioning of justice delivery system, he added.