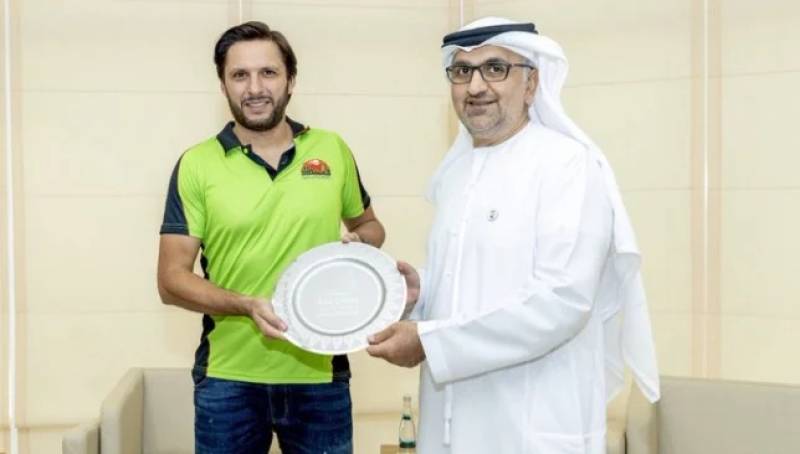 LAHORE – Former Pakistan captain and all-rounder Shahid Afridi has joined Lahore Qalandars for the next of the Abu Dhabi T10 League which will be played from January 28, 2021 to February 6 at the Zayed Cricket Stadium.

He had signed a similar deal in 2019, but the PCB then refused to issue NOCs for all active as well as retired Pakistani players to feature in the league.

We are pleased to announce the Pride of Pakistan ???????? @SAfridiOfficial will be our Icon Player for the 2nd edition of #AbuDhabiT10! ????

We welcome you again to the #Qalandars squad & look forward to an amazing season with you! ❤️#DamaDamMast #MainHoonQalandar #Dilse pic.twitter.com/rmizuB949v

"Shahid Afridi is an exciting and experienced cricketer. The Qalandars family is proud to welcome him back as an icon player for this season of Abu Dhabi T10," Sameen Rana, CEO of Qalandars, said. "We look forward to welcoming him to Qalandars family and hope that his presence will take the team to new heights in the season."

Afridi also expressed his gratitude in joining the franchise for the next edition of the 10-over competition.

“I am really honoured to become a part of the Lahore Qalandars franchise,” said Afridi. “League cricket is not just about playing one month of high-quality cricket. I believe the core purpose of the competition is to nurture the young talent. In that regard, I think there is no franchise better than Lahore Qalandars because they’ve done a lot of work off the field in bringing forward the young talent.”

This is what he does the best! Pakistan's former star all-rounder Shahid Afridi hit another half-century of his T20 ...