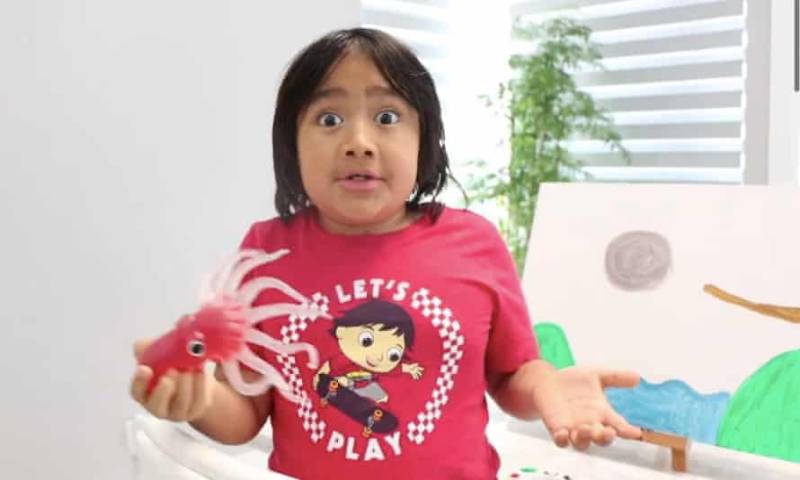 GALVESTON – Nine-year-old Ryan Kaji earned not only made $29.5m from his YouTube channel, but also a further estimated $200m from Ryan’s World branded toys and clothing, including Marks & Spencer pyjamas in the year 2020.

The Texas-based child holds the title of the highest-paid YouTuber for the third consecutive year. His YouTube channel Ryan’s World has 41.7 million subscribers and a mammoth 12.2 billion views in total.

Starting the channel back in March 2015 influenced by other toy review channels, Ryan also recently signed a deal for his own TV series on Nickelodeon.

One of Ryan's videos titled “Huge Eggs Surprise Toys Challenge” has been watched over two billion times and it is on the top 60 most-watched videos on the video streaming site ever.

ISLAMABAD –YouTube has announced $5 million aid for Pakistan to assist the country in its anti-COVID-19 fight. In ...

Being a child influencer, the nine-year-old is being approached by companies to play with the latest toys.

The intensity of his fame forced the family to change his real surname Guan and kept Kaji - his on-screen surname. The family now runs 9 YouTube channels.

LAHORE – Alphabet Inc's Google Play services, Gmail, and YouTube among others went down in various countries ...