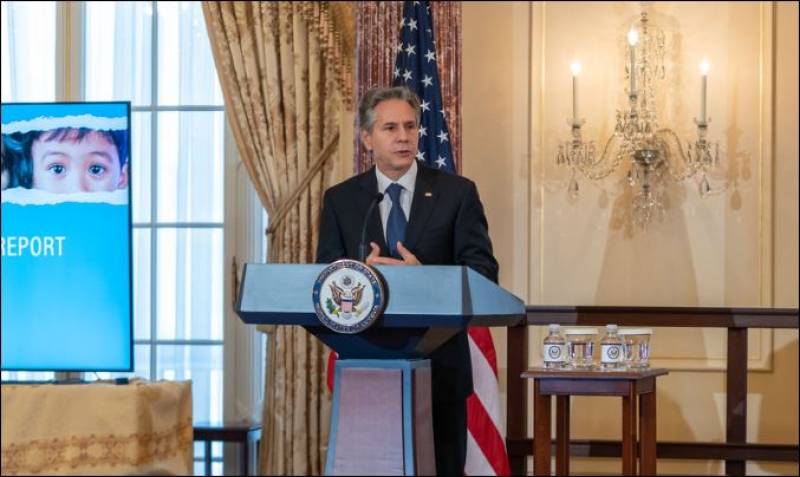 ISLAMABAD –The United States has removed Pakistan from its human trafficking watchlist, acknowledging the significant efforts made by the South Asian country to curb the menace.

Pakistan has now been added to Tier 2’ in the State Department’s ‘Trafficking in Persons (TIP)’ 2022 report that assesses how 188 countries and territories, including the United States, are performing in terms of preventing trafficking, protecting victims, prosecuting traffickers.

Tier 2 includes countries whose governments are yet to meet the minimum standards for the elimination of trafficking but are making significant efforts to do so.

The report acknowledged that the Pakistani government demonstrated overall increasing efforts compared with the previous reporting period, considering the impact of the COVID-19 pandemic, if any, on its anti-trafficking capacity; therefore the South Asian country was upgraded to Tier 2.

“The government allocated resources for the implementation of the National Action Plan (NAP) and amended the Prevention of Trafficking in Persons Act (PTPA) to remove provisions that allowed fines in lieu of imprisonment for sex trafficking crimes with women and children as victims,” the report said.

However, the report highlighted that the government needs to take steps to meeting the minimum standards in “several key areas”. It urged Pakistan to increase prosecutions and convictions of all forms of trafficking.

ISLAMABAD – Former Pakistani premier Imran Khan shared an article of a local publication that mentioned the ...