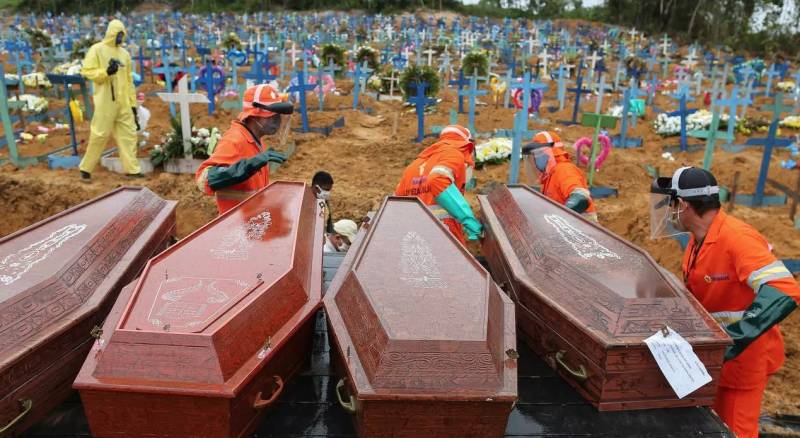 SAO PAULO – Brazil topped 500,000 confirmed coronavirus deaths on Saturday, becoming the second country to reach half a million deaths amid delayed vaccinations and the government’s refusal to back social distancing measures.

Amid the worst official death toll outside the United States, the South American country has averaged 2,000 deaths per day while only 11 percent of citizens are fully vaccinated and 29 percent have received the first dose.

Reports in international media cited that the infection rate has been soared since early May after officials relaxed social distancing measures - a move that experts now blame the spike for. 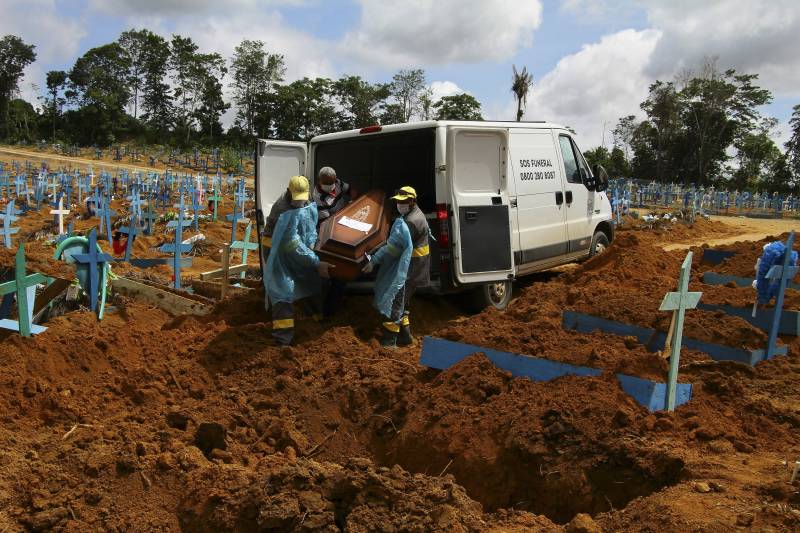 Researchers at the Getulio Vargas Foundation termed Brazil's pandemic situation as ‘extremely delicate’ due to the highly transmissible variants, which are more likely to infect or reinfect people, that are making the pandemic so difficult to control. Experts observe the toll in Brazil, already the highest in Latin America, climbing far higher.

Health officials also alarmed that Brazil could revisit scenes from the peak when the country recorded 3,000 average deaths per day. This week, new confirmed cases in Brazil accelerated to more than 70,000 per day on average, edging past India for the most in the world.

A study found that the Gamma variant made up the vast majority of infections while the Alpha version from the UK and Beta from South Africa each represented less than 5 percent of cases. The Delta variant has not been identified yet. The country on the other hand is ill-equipped to sequence genomes and identify new variants at the national level. 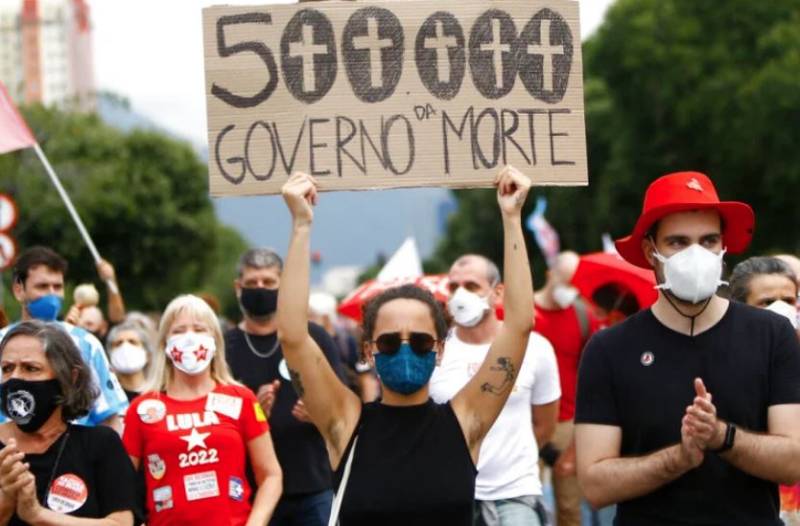 Meanwhile, protesters across the country slammed the incumbent leaders for the high death toll and called for the removal of the president.

NEW DELHI – India on Wednesday reported more coronavirus deaths in a single day than any other country at any ...