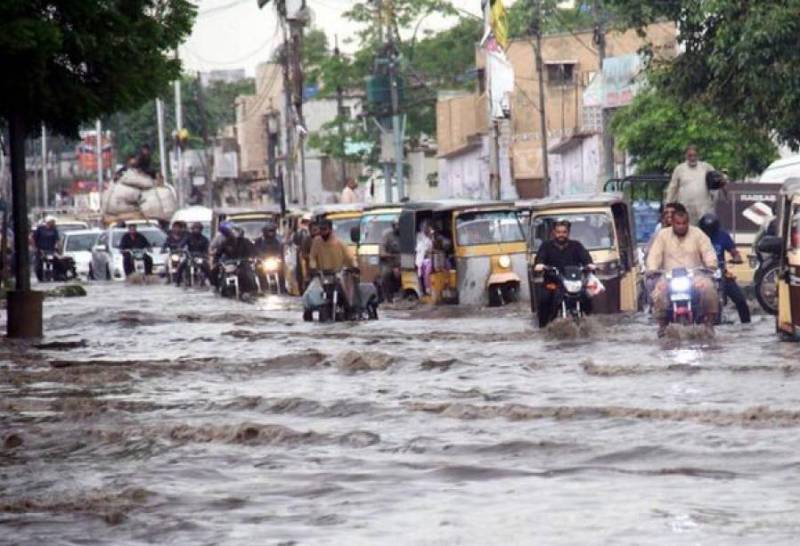 ISLAMABAD – Heavy downpours are predicted to hit Pakistan as National Disaster Management Authority (NDMA) on Monday issued an advisory for all concerned departments to remain alert.

The officials issued instructions to District Disaster Management Authorities in Punjab, Khyber Pakhtunkhwa (KP), and other parts of the country to remain vigilant in wake of flash floods, landslides, and strong winds in several regions.

Pakistan Meteorological Department predicted a series of rains with winds and thundershowers will start in the upper and central parts of the country from today and is expected to continue till Wednesday.

Officials also urged people living in low-lying areas to remain alert and immediately report any kind of emergency while authorities concerned have been directed to secure billboards and hoardings from the effects of thunderstorms, which previously resulted in disastrous events.

Local administrations in metropolises were told to have backup generators at municipal pumping stations and timely pre-placement of de-watering pumps to avoid urban flooding.

KARACHI – A woman along with three children were dead when the roof of a house in Orangi Town collapsed following ...

Thunderstorms and downpours were reported in different cities of Punjab, Khyber KP, northeast Balochistan, G-B. At least five members of a family were killed when a wall of their house collapsed amid strong winds near Lahore's Awan Market.