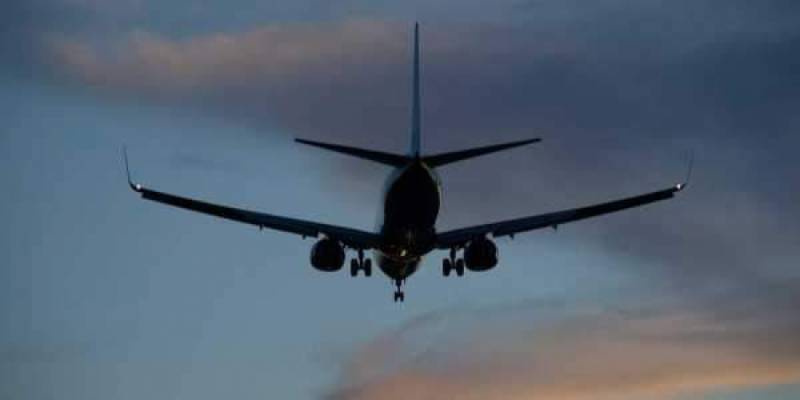 ISLAMABAD – The federal government on Wednesday allowed to operate one additional flight daily on Karachi-Islamabad-Karachi route daily till end of the current month, keeping in view the increased passenger load as the limited domestic flight operations resumed after almost 56-day suspension on May 16.

"In view of the increased passenger load, one daily flight Karachi-Islamabad-Karachi has been added. The Pakistan International Airlines (PIA) will fly on four days, while Serene Air will operate this extra flight three days a week. This extra flight will continue till end of May," a spokesman for the Aviation Division said in a brief statement.

On last Friday, Minister for Aviation Ghulam Sarwar Khan had formally announced to partially restore the flight operations from Saturday at five major airports of the country, including Lahore, Islamabad, Karachi, Quetta and Peshawar.

Initially, Sarwar said, almost 20 percent of the total pre-coronavirus flights would be operated under certain Standard Operating Procedures (SOPs), including screening of every passenger with thermal guns, ensuring wearing of face masks and gloves.

Following which, a smooth domestic flight operations is in progress under effective anti-coronavirus (COVID-19) SOPs.

The Aviation Division has made elaborate safety measures to ensure maintaining social distance during flights, being operated by the Pakistan International Airlines (PIA) and Serene Air at the designated airports.

Besides, under an extensive awareness drive, banner stands have been placed at the airport lounges to educate passengers about importance of social distancing, washing of hands with soap and use of hand sanitizers, wearing of masks and gloves to tackle the virus threat, according to recent video clips and images shared by the Aviation Division.

"Baggage is disinfected upon arrival and passengers are not allowed to collect their luggage on their own from the belt. Social distancing is maintained at every stage in strict compliance of the SOPs," the spokesman said in a recent statement.

The two airlines were operating their flights with 50 percent seat occupancy to maintain the required social distance among passengers during the air travel.

Under the SOPs, the Aviation Division has made disinfection of aircraft prior to boarding of passengers, maintaining at least one vacant-seat distance between the passengers, wearing of face masks and use of hand sanitizer mandatory for the flight operations. Besides, no food and beverages are allowed during flights.

The airlines are also maintaining emergency personal protection equipment in every aircraft to deal with any health emergency during flights. While, every passenger fills a health declaration form prior to boarding the aircraft, containing identification of the passenger, brief travel history during past two weeks, current health state and an undertaking to comply with the SOPs.

The air passengers undergo thermal scanning while on arrival and departure at the airports. "Anyone with raised body temperature on visible symptoms of COVID-19 is examined by a health professional and required action, if any, is taken as per advice of the health professional."No meeting or greeting is allowed at the airports and drivers stay inside their vehicles in the parking lot as no protocol is allowed beyond the briefing area.

"Social distance is maintained at every stage of departure and arrival formalities. The luggage is disinfected prior to loading onto the aircraft and after arrival disinfected at the airport," as per the SOPs.