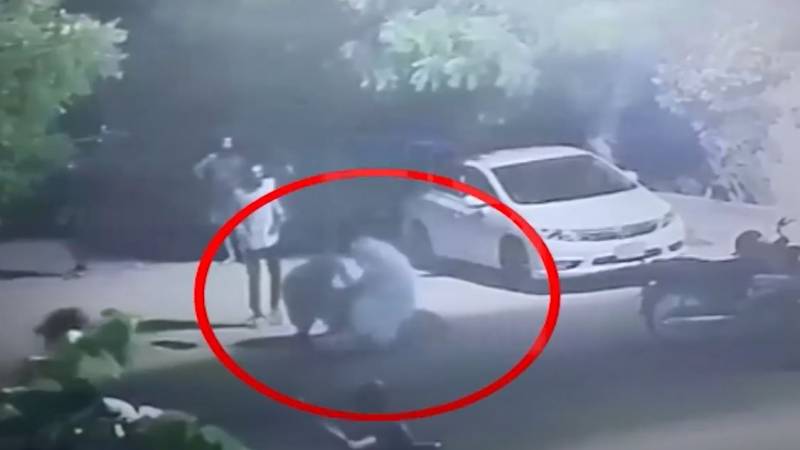 KARACHI – As the trend of keeping exotic wildlife animals is a way to flex wealth in the Pakistani elite, a minor boy has been mauled by a pet lion after a man brought the deadly mammal outside his house for a walk in Sindh capital.

The incident occurred in the Gulberg area of Karachi where a pet lion jumped upon a minor boy.

The CCTV footage of the incident is doing rounds on social media in which the four-legged carnivore can be spotted on a street while passersby surrounded around the ‘beast’.

The lion out of blue got hold of a child standing in the crowd while the owner and other bystanders can be seen pulling him off from the boy.

According to a media report, the injured boy was then rushed to the nearest medical facility. Soon after the incidents, police in the southeastern province started a manhunt against the owner who is identified as Umar.

SSP central, while taking the notice of the incident, directed the concerned police officers to book the lion owner at the earliest.

Meanwhile, it is still uncertain whether the owner of the lion holds the license for keeping the wild animal.

According to a report of international media, more than 300 big cats are estimated to be lurking around gardens, rooftop cages, and farmhouses in the port city.