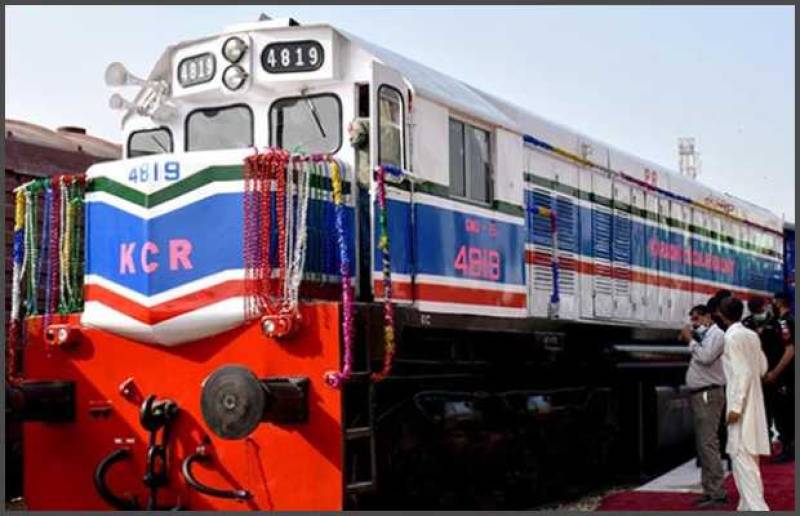 The railway authorities inaugurated the project on Thursday by declaring the local train as KCR. However, the practical result is that the first train was late even on the half route.

As per the passengers, facilities provided in the train on the main track are very good but only on-time service is the basic thing which eases the daily commuters.

Four of the trains in two directions will carry the passengers between Pipri and City Station (late to Orangi Town) with a gap of three hours.  The track opened for service is one of the busiest in the city but the KCR will prove a success when the people are served on other stations as well.

Railways Minister Sheikh Rasheed had yesterday announced that the train service from the City Station via Wazir Mansion to Orangi Town would start in 15 days but the track is in a depleted condition with rust all over it announced the decision to reduce the fare from Rs50 to Rs30.