Oops! Baba Ramdev advises Indians through an iPhone not to use Chinese products as it helps Pakistan 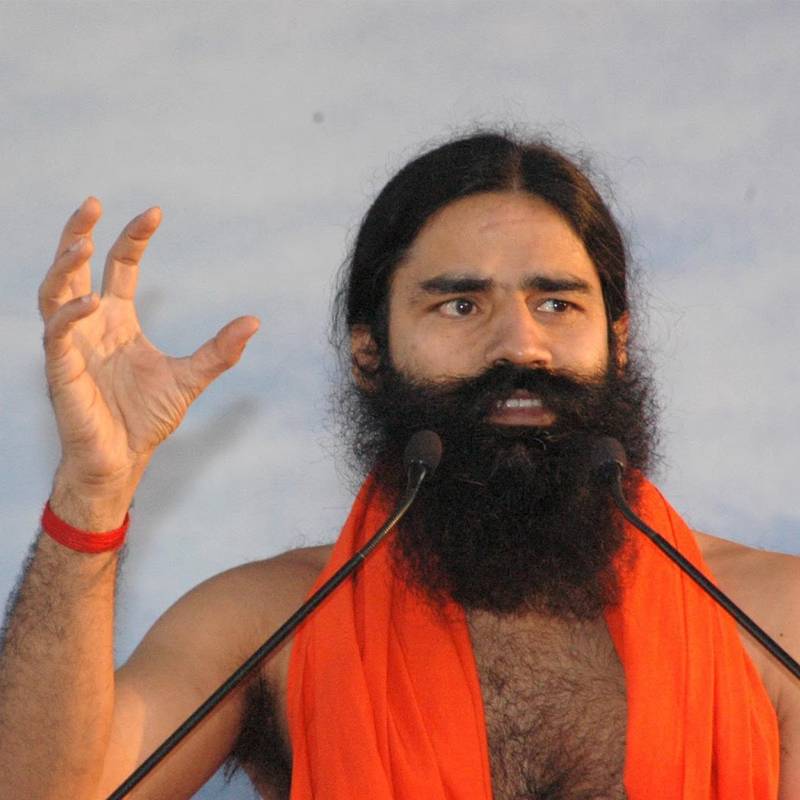 MUMBAI - In what can rightly be called bizarre 'conspiracy theory', Indian Yoga teacher, known as 'Baba Ramdev' has 'divulged' to his followers that 'China makes money out of India and helps Pakistan,' cautioning Indians to stop using Chinese products so that Indian money doesn't go to Pakistani hands.

Tweeting from iPhone, Pakistan-obsessed Ramdev's reasons for his advice met with ridicule and laughter as one user pointed towards the 'iPhone' bit that showed up below his tweet (iPhones are manufactured in China). 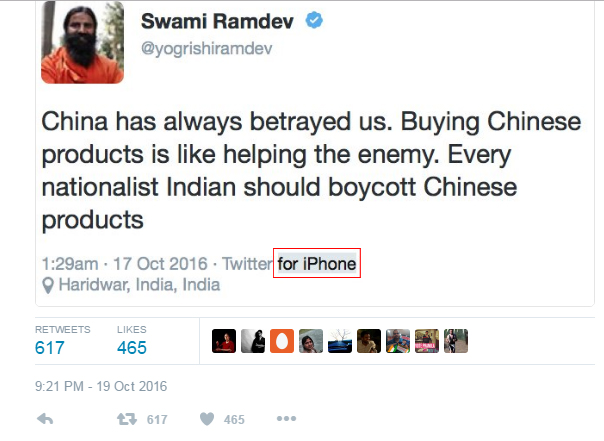 Though it normally doesn't show up, Tweetdeck, a social media dashboard for Twitter can disclose the device you are using.