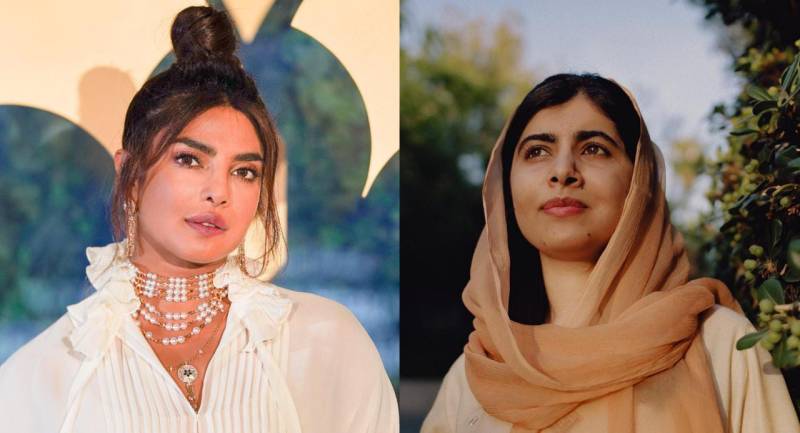 The two UN ambassadors took to their social media handles to share the agendas spoken about at the UNGA.

The Dostana actress shared some pictures with a lengthy note. Sharing a picture with the youngest Nobel Laureate Malala Yousafzai, Chopra said she was 'a remarkable woman'.

Chopra wrote, "Walking through the gates of the United Nations this morning to speak at the UNGA for the second time, as a proud representative of UNICEF, gave me real pause," the Quantico star wrote.

She wrote in her note, "At the top of this year's agenda are the Sustainable Development Goals. Today was all about action, ambition, and hope. It was about what we must do together to make the SDG's a reality, and we don't have a moment to lose. A special thank you to Secretary-General Antonio Guterres for having me today."

"The second moment I had the privilege of participating was the Transforming Education Summit. It's hard to believe that nearly 2/3 of children across low- middle- and high-income countries cannot read and comprehend a simple story. The system has failed them," Chopra added.

She concluded her note with the words of Gorman, with whom she posed along with Malala, "And as the incredible Amanda Gorman said, "I dare you to shape our fate. Above all, I dare you to do good, so that the world might be great."

Speaking at the UNGA, Chopra said, "We meet today at a critical point in our world at a time when global solidarity is more important than ever. As countries continue to struggle from the devastating effects of the Covid-19 pandemic, as the climate crisis upends lives and livelihoods, as conflicts rage, and as poverty, displacement, hunger and inequalities destroy the very foundation of the more just world that we have fought for such a long time. And as we all know, all is not well with our world."

Yousafzai also took to the Instagram story section sharing a picture of the talented women posing together. 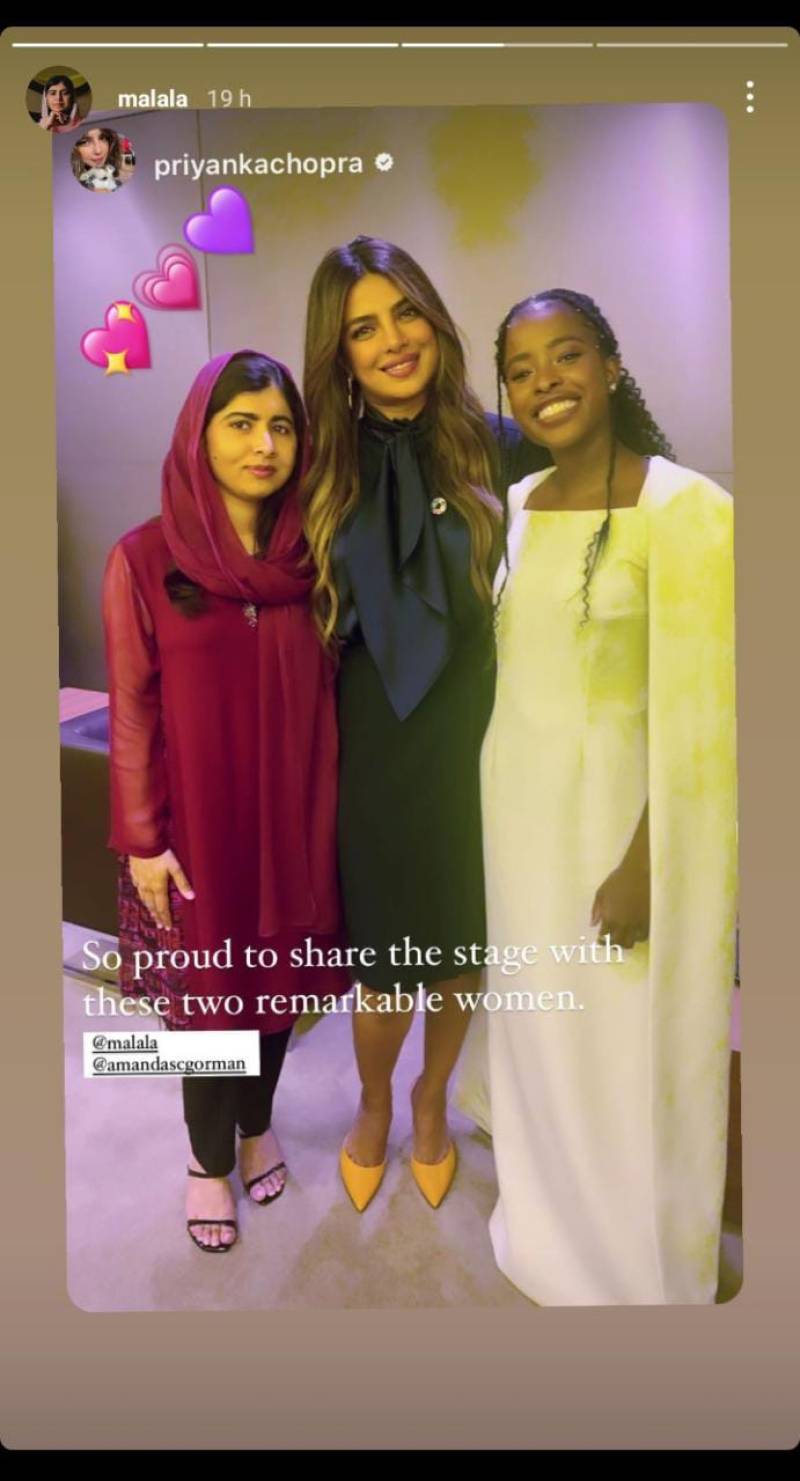 On the professional front, Chopra is all set to star next in It's All Coming Back To Me. She will also be a part of the series Citadel. In Bollywood, Chopra will also star in Jee Le Zaraa.

The youngest Nobel laureate Malala Yousafzai is a spokesperson for uneducated girls and women all around the world as she is considered a beacon of hope and women empowerment.