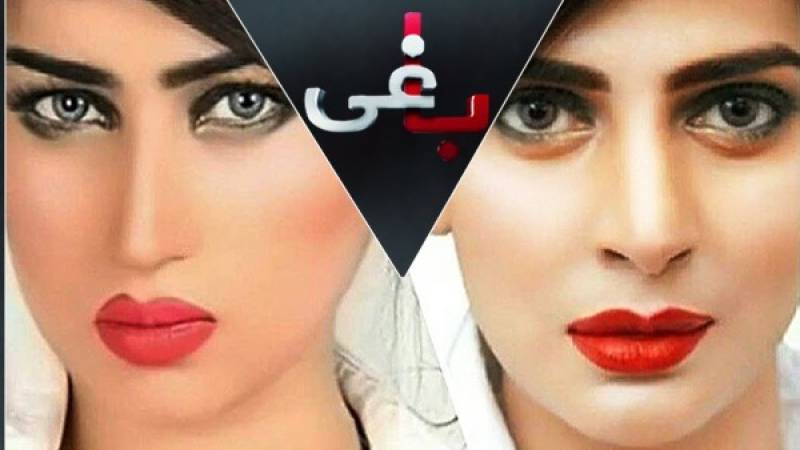 With every passing episode, Baaghi's story gets fascinating and makes us fall in love with Saba Qamar's jaw-dropping performance even more. The way she has absorbed Qandeel Baloch's character for the biopic speaks volumes about her acting abilities.

The drama based on Balooch's life has intrigued every Pakistani in every nook and corner. Everyone seems to want to find out about the curious and unrevealed story of the social media star who fell victim to a brutal case of honor killing by the very hands of her own brother.

Recent rating reports prove that Baaghi has become a blockbuster in the entire nation. Evidently, within just four weeks, the drama has managed to rule the rating game for its time slot every Thursday at 8 pm, with a mighty 2.95 TVRs.

Hum TV has bagged the second spot on the list. Only last week, the first episode of Daldal featuring Armeena Rana Khan and Zahid Ahmed premiered on TV screens. It seems like both, Baaghi and Daldal will give each other tough competition in the upcoming weeks.

Prior to the release of the drama, Baaghi's provoked a lot of debate and controversy. People did not shy away from bashing the idea of the biopic-story. The rest lauded Urdu1's efforts and saw a bold and courageous Saba Qamar pull through for her stellar acting skills as the vivacious, Qandeel!

Earlier, Baaghi's first episode was even trending at number 1 on YouTube!

You guys are so awesome! Thanks to you #Baaghi is trendint at No.1 on #youtube !! Subscribe #urdu1 official channel: www.youtube.com/urdu1official Watch the first episode here: https://youtu.be/YQUW4n8ivdg #Baaghi #Baaghidrama #Urdu1 @sabaqamarzaman @aclockworkobi

Ever since the drama has been aired, great reviews have been pouring in. The TV series surely has a long way to go!