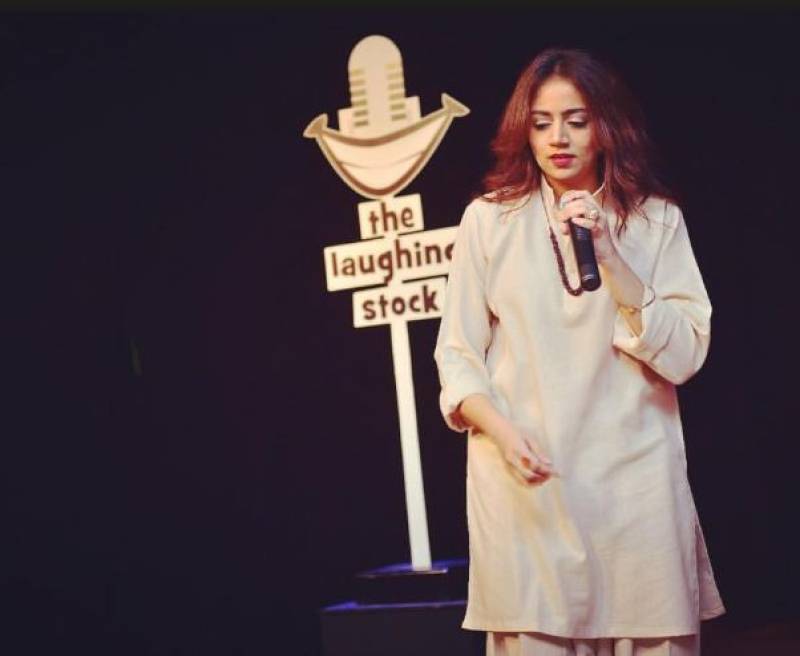 KARACHI - Social media has helped people connect easily over the years and has made communication much smoother but along these benefits, these forums had caused much damage to a few sections of the society as well.

As the users post anything without thinking about the consequences, the content can pose threats to celebrities who have a wide following on the digital front.

Comedy is a much-enjoyed entertainment all over the world and people especially enjoy attending stand-up comedian shows with full-on laughter and giggles, however, sometimes the blunt expression of views, though in a hilarious way, can create a backlash.

Recently, a young Stand up comedian named Natalia Gul Jilani B faced heavy criticism and threats after she did a show which was based on Sindhi culture and lifestyle.

The comedian is a versatile artist and a dentist also but her comic session boomeranged, to the extent that she faced threats.

Pakistanis are still mentally divided according to their regional background although they seem to enjoy Naya Pakistan, however, the case of Natalia confirms that we need to move further on our journey towards an enlightened Pakistan.

The comedian, after being subjected to online harassment, also tendered an apology and made it clear that she was not at all for the purpose of hurting sentiments of Sindhis. Natalia further shared with her viewers that people were abusing her with heavy words as well as she has received 10 threats within a day.

Here is the video in which Natalia is making an apology as well giving her point :

The social media users had pressed the comedian to tender an apology, though some of them gave a balanced viewpoint.

Some reminded Natalia of a previous backlash faced by another comedian:

This user is totally chill with it:

This man has a big heart and is regretting how the young generation is ruining Sindhi's image :

Natalia is not the first artist who is having major backlash as many other Pakistani artists have faced threats in past for their activities including social media celebrity Nasir Khan Jan, actress Veena Malik, Meera Jee and Neelum Munir.

Whereas, after the recent sad incident of harassment a well-known company 'The Cirus' had posted in favor of the local artists and they are promoting the art and culture of Pakistan. Below is the official statement published  by the company 'The Circus' :

Social media users also appreciated this initiative by the company of promoting the comedians and various artist. Such platforms provide support to the artisans and they get a fan following in a quick span of time.