Jemima Goldsmith reacts to planned protests outside her London residence 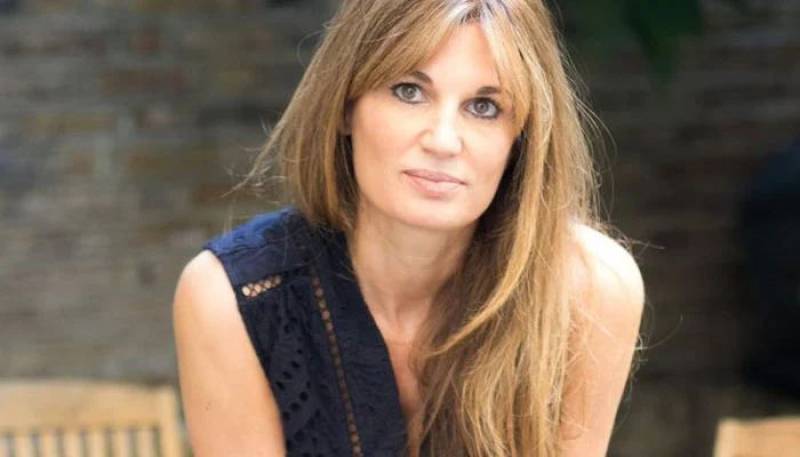 PTI chairman Imran Khan’s former wife Jemima Goldsmith has also come under the wrath of escalating tension in the political arena of the country.

The 48-year-old recently took to her Twitter handle and expressed her concerns regarding the ongoing protests outside her London residence.

The supporters of her former husband’s political rivals have started targeting Jemima and Imran's children with anti-Semitic slurs. Goldsmith says that the protest makes her feel like she is in Lahore in the 90s.

“Protest outside my house, targeting my children, anti-Semitic abuse on social media... It’s almost like I’m back in the 90s Lahore,” she tweeted with #PuranaPakistan.

Protests outside my house, targeting my children, antisemitic abuse on social media…. It’s almost like I’m back in 90s Lahore. #PuranaPakistan pic.twitter.com/0R2YOPcQrJ

The protest is being planned by supporters of Nawaz Sharif, the former prime minister who has been living in London since 2020. The April 17 protest appears to be a tit-for-tat to frequent protests outside Sharif’s London residence by PTI supporters.

Moreover, the former PM's ex-wife has clarified that she has nothing to do with Pakistan's politics, her ex-husband Imran Khan or his party PTI.

With respect, The difference is that I have got nothing to do with Pakistani politics and neither have my children. They are low- key private individuals who are not even on social media. https://t.co/REB4u5ncqa

Dear @Jemima_Khan we have lots of respect for your grace, dignity &strength of character. I don’t support such protests but this cycle has started due to zealous PTI supporters. Pls do have a word with Mr Khan to put an end to the harassment of his political opponents in London. https://t.co/ziJwE4f61D

Thank you for your kind words. I keep being asked to tell Imran Khan various things. But he’s my ex husband, and I have zero influence over him whatsoever and no involvement in PTI.

Some also tried to give her a reality check and re-tweeted her earlier messages on social media handles.

You have nothing to do with Pak politics then what’s this??? Hypocrisy! https://t.co/ZhFmj9cYRa pic.twitter.com/qZEMV8YjDA

"Does expressing a political opinion in the past mean I should be targeted with racist abuse and have my home address published on social media? Does it mean my children- who have never commented on Pakistani politics should be targeted too?", she hit back.

Does expressing a political opinion in the past mean I should be targeted with racist abuse and have my home address published on social media? Does it mean my children- who have never commented on Pakistani politics should be targeted too?

Earlier, the daughter of billionaire James Goldsmith converted to Islam for her marriage to Khan but “was constantly attacked as an insincere Muslim, part because of her Jewish grandfather,”.

Khan was married to Jemima from 1995 to 2004 and together they have two children, Qasim and Sulaiman. Later, she moved to London after her divorce where she has been living with her sons.