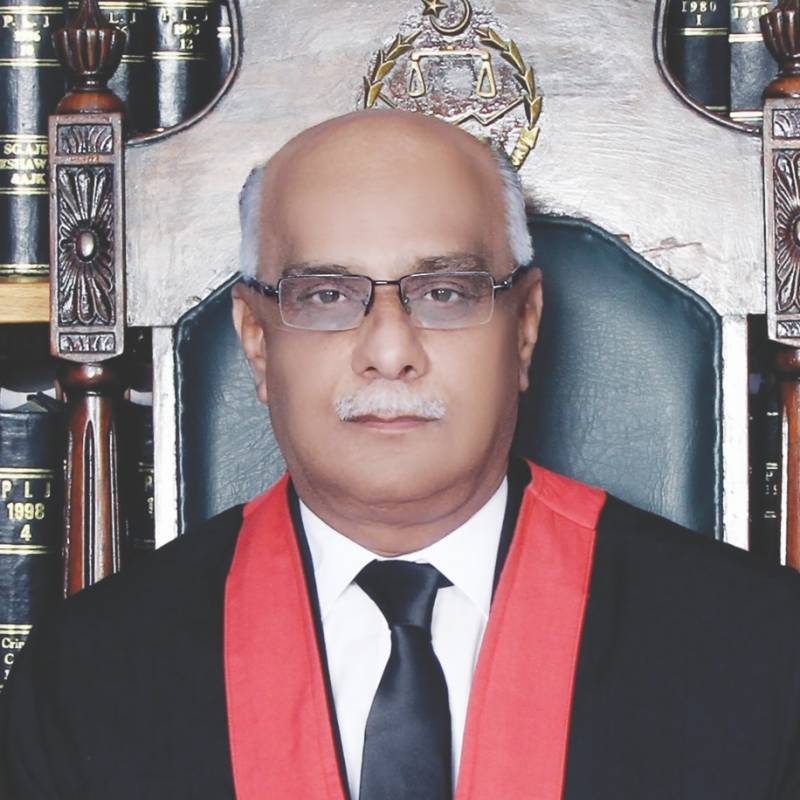 ISLAMABAD – The government has filed a reference against Peshawar High Court (PHC) Chief Justice Waqar Ahmad Sheikh over what it terms them as "unprecedented and despicable" observations in the judgement against former army chief General (retd) Pervez Musharraf in the high treason case, reported local media on Saturday.

The Supreme Judicial Council (SJC) has been urged to proceed against Justice Seth by raising questions about his mental state.

The PHC chief justice, who is the member of the Special Court that had awarded death sentence to former president, landed in hot waters after his observations in the verdict were widely condemned by government officials, Pakistan Army, members of civil society and others.

Seth, in the detailed judgement, had directed “the law enforcement agencies to strive their level best to apprehend the fugitive/convict and to ensure that the punishment is inflicted as per law and if found dead, his corpse be dragged to the D-Chowk, Islamabad, Pakistan and be hanged for 03 days”.

In its reference against Justice Seth, the government has termed the words used in his observations against the Constitution of Pakistan.

The observation of Justice Seth has transgressed the values of humanity, religion and civilization, it aid, adding that the verdict was based on malafide intention.

Earlier this week, Law Minister Farogh Naseem has said that the government will approach the Supreme Judicial Council (SJC) for the restraining of and subsequent removal of Justice Waqar Ahmad Seth.

The law minister also termed the observation of the judge as “unprecedented, despicable and wrong”.