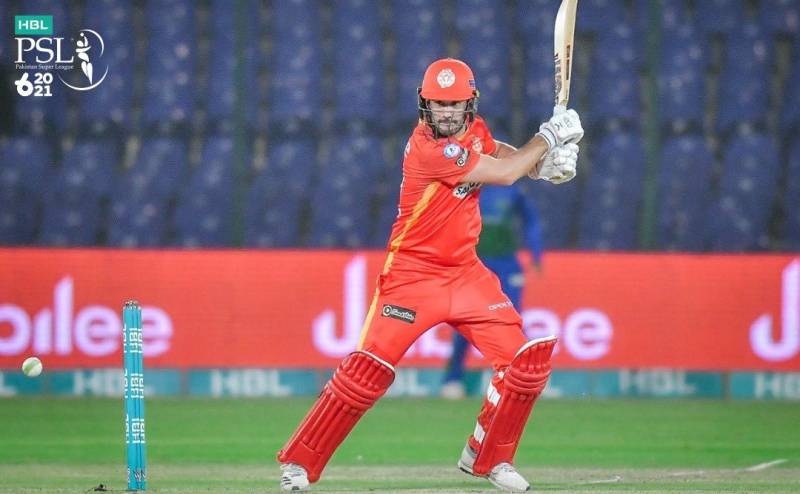 KARACHI – Islamabad United secured an impressive win against Multan Sultans in the third match of the Pakistan Super League 2021 at the National Stadium on Sunday.

Earlier, after being sent in to bat, the Sultans finished at 150-8 in their allotted 20 overs, thanks to a splendid 71-run knock by new captain Mohammad Rizwan.

Survival of the fittest out here as both sides continue to keep pressure. Islamabad require 151 to seal the deal. #MatchDikhao l #HBLPSL6 I #IUvMS pic.twitter.com/8cDlCjwQVu

Chris Lynn and Rizwan opened the innings for the Sultans, but Lynn (1 off 5) was dismissed in the second over only, caught by keeper Phil Salt off Faheem Ashraf.

Rizwan then piled on runs to build up his team's total, scoring 43 off 27 in 10 overs. The Sultans lost their second wicket in the 8th over, when James Vince (16) was caught by Ashraf on a ball by Lewis Gregory.

United, the two times PSL winner, had finished the early stage in the previous edition of PSL but now they have brought Johan Botha on board as the head coach, who has replaced Misbah ul Haq.

This year, team United has to miss some of their top performers from the past leagues such as Luke Ronchi, Colin Munro, Colin Ingram, and Dawid Malan. They have, however, this time around the signings of Alex Hales, Lewis Gregory, Phil Salt, and Paul Stirling have given them some hopes of a better result.

On the other hand, Multan is boosted by the signing of in-form batsman Mohammad Rizwan who was picked by Sultans at the players' draft. The wicket-keeper batsman was earlier dropped by Karachi Kings where he couldn’t get enough opportunity to showcase his talent.