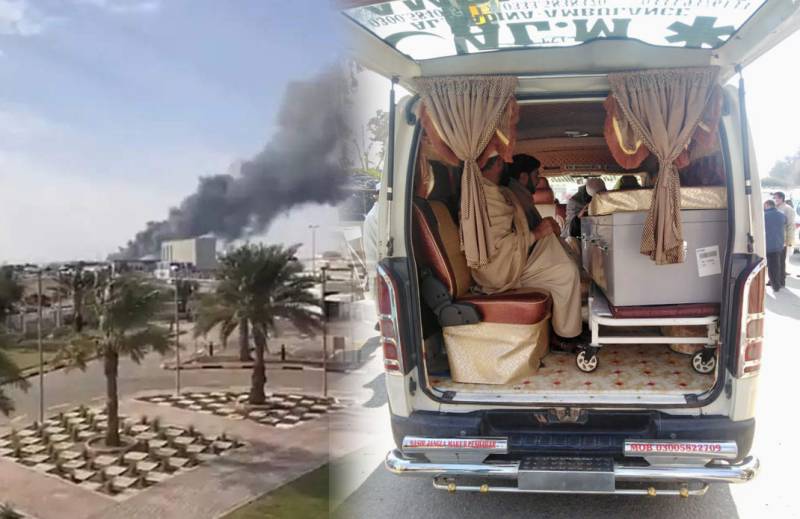 ISLAMABAD – The body of a Pakistani national, who was killed in an attack by Houthis on Abu Dhabi this week, was repatriated and handed over to his family.

The Embassy officials dispatched the dead remains of the deceased Pakistani who died in the terrorist attack on Abu Dhabi on 17 January. Today, the dead body arrived in Pakistan and was received by the government officials and handed over to the family members.

Mamoor Khan, who hailed from the Waziristan region of Khyber Pakhtunkhwa (KP) province, was a driver in Abu Dhabi Oil Company and was at the site during the unfortunate incident. He travelled to the Gulf state around three years ago.

The official also added to facilitate the bereaved family in getting the insurance amount, salary, and other financial compensations as the Pakistani national was killed in an accidental death.

Meanwhile, the deceased’s brother commended UAE authorities and Pakistan’s mission in Abu Dhabi for facilitating the repatriation of the body.

ISLAMABAD – Pakistani embassy in the United Arab Emirates (UAE) said it was in close touch with the authorities ...

Pakistani embassy earlier said that the injured citizens are being treated at a local hospital in Abu Dhabi. Three people, including a Pakistani and two Indians, were killed and six others injured in a drone strike on the morning of January 17 in the capital of the United Arab Emirates.