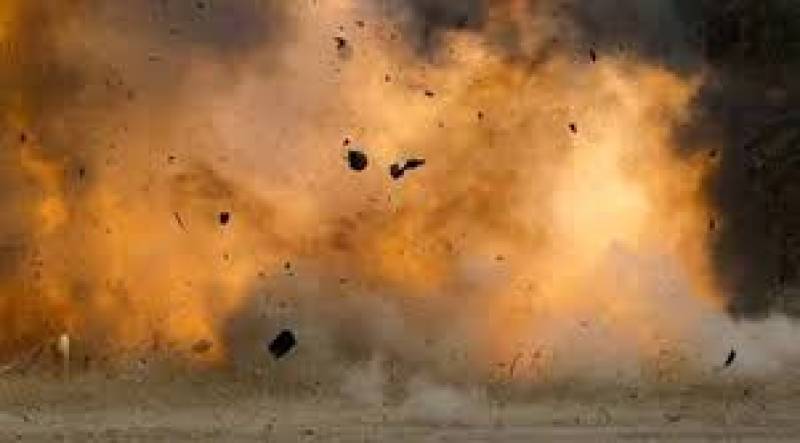 QUETTA – At least one person died and several others were injured after a blast took place in Quetta’s Turbat Bazaar area on Tuesday morning.

According to media reports, two people among the injured were said to be in critical condition.

Rescue efforts are underway and the injured have been shifted to a hospital.

A car and motorcycle caught fire near the site of the blast, while windows of nearby buildings broke due to the intensity of the blast.

According to media reports, the explosive device was planted in a motorbike, parked in the area.

Police and security officials have cordoned off the area and collected evidences for further investigations.

Balochistan Chief Minister Jam Mir Kamal Khan Alyani condemned the incident in strong terms and expressed his deep grief and sorrow over the loss of precious human life in the blast.

In a statement, the CM stated that cowardice acts of the anti-state elements cannot dwindle high spirits of our forces and people of the province.

"Those involved in taking lives of innocent people must be rewarded with exemplary punishment," he said, vowing that journey of peace and tranquility and development in Balochistan would continue at any cost.

He directed the health authorities to leave no stone unturned in providing best health facilities to the injured. He also issued directives to the police high-ups and law enforcement agencies to review and improve the security measure in place while taking strict action against the terrorists and their supporters.