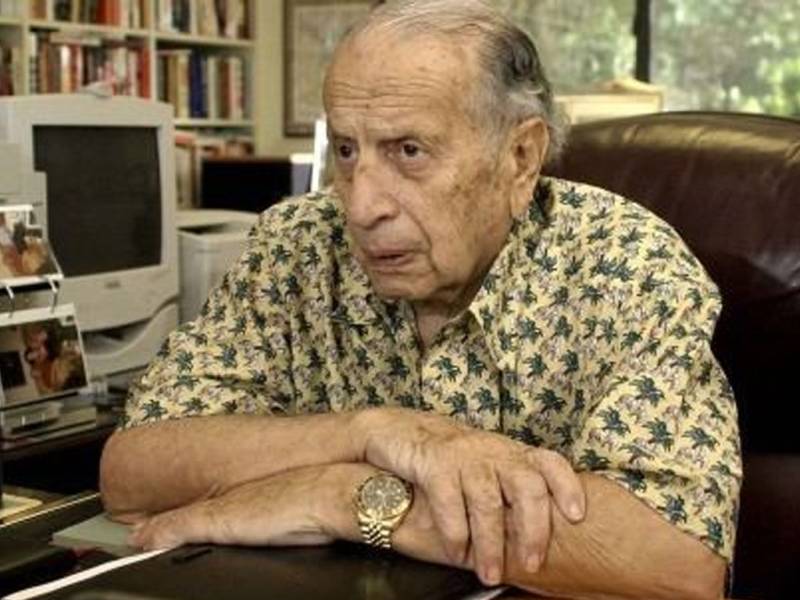 KARACHI - “World’s longest-serving ambassador” of Pakistan, Jamsheed Marker dies at the age of 95. Jamshed Marker was born on November 24, 1922, and belonged to a Parsi family of Pakistan.

Marker listed in Guinness Book of Records for being the longest-serving ambassador of the world. He has been ambassador to more countries than anyone in his career of more than 30 years.

Sad news - Ambassador Jamshed Marker passed away today. A great man and a great Pakistani - remembering the famous cricket commentaries with Omar Qureshi and his superb role as our Envoy. All from a bygone era.

Representing Pakistan for more than three decades, Jamshed reached the peak of his career during Zia regime. During that period he was appointed one after the other as ambassador to Bonn, Paris and Washington DC.

He was awarded the Sitara-i-Quaid-e-Azam and Hilal-e-Imtiaz for the longest and dignified career representing the homeland.

He was also very fond of cricket and was the commentator for the sport before his career as a diplomat. Even after becoming the ambassador and high council for Pakistan to many countries he kept his interest in the sport.

His memoirs are penned down in the book named “Quiet Diplomacy”, which tells the whole story of his career and life.

The veteran ambassador was fluent in English, Urdu, Gujarati, French, German and Russian. Markar used to be a radio cricket match commentator.