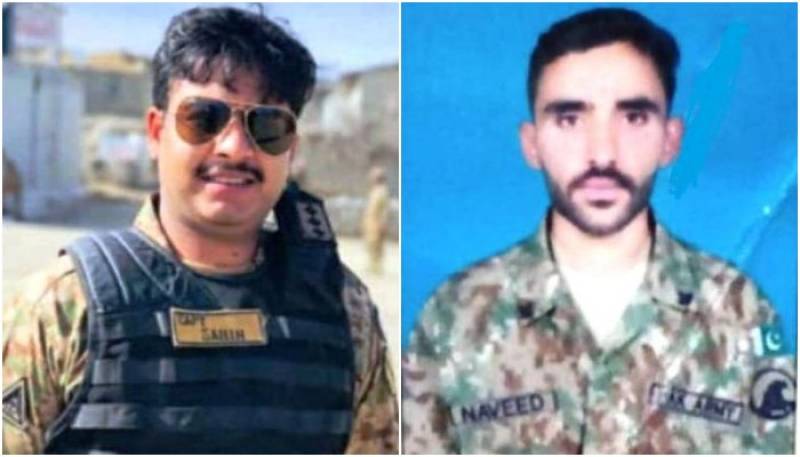 ISLAMABAD - Two soldiers were martyred and two injured when suspected terrorists opened fire on a patrolling party near the border of North Waziristan and South Waziristan.

The attack occurred 5km southeast of Ghariom, in South Waziristan. A suspected terrorist was also killed during the shootout, the ISPR said on Sunday.

Captain Sabih and Sepoy Naveed were martyred in the attack. A terrorist compound was also cleared afterward.