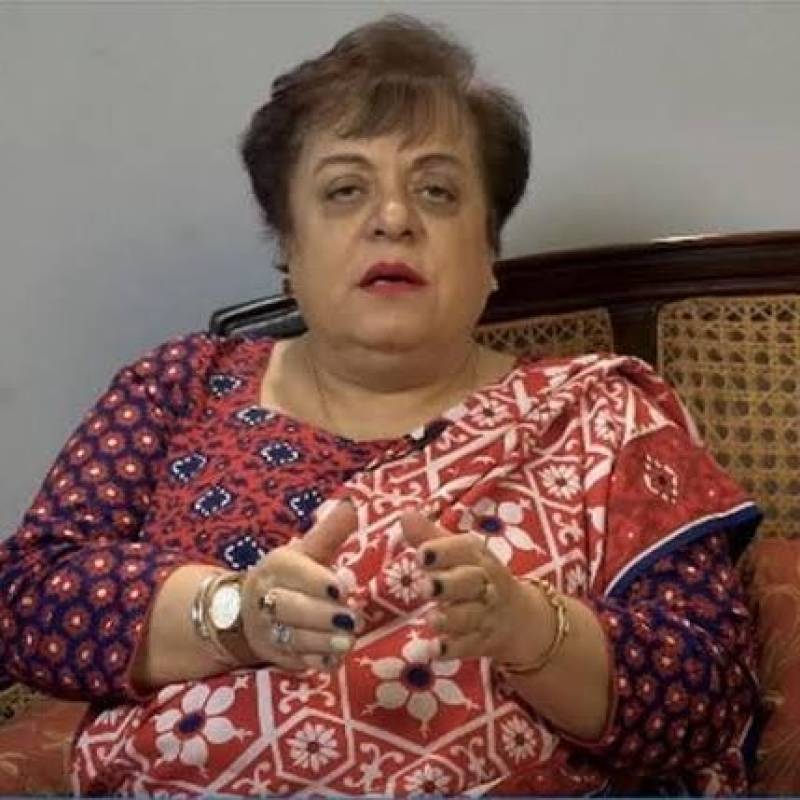 The IHC chief justice said that apparently Mazari was taken into custody illegally, and directed the authorities to return Mazari her cell phone, which was seized after her arrest earlier on Saturday.

On her release, Mazari told the media, "Had there been an anti-corruption case against her, they would have served a notice on me and called me to the court, but they didn't do any such thing."

She thanked the court for ordering her immediate release and said she was satisfied with the court proceedings. She said it was a case against a Patwari, but she was arrested in this case.

Mazari said the government was going to shift her to Punjab before the court intervened. She said she was beaten after her arrest. She said she hasn't been returned her phone despite the court orders.

The former human rights minister, who has been one of the strongest voices in the federal cabinet of the ousted prime minister Imran Khan, said Prime Minister Shehbaz Sharif and Interior Minister Rana Sanaullah Khan were behind her arrest.

Earlier, the Islamabad High Court had ordered the interior secretary to produce the detained PTI leader before midnight.

The court orders came hours after the former human rights minister was 'manhandled' and arrested outside her residence in the country’s federal capital.

Mazari's daughter, Imaan Zainab Mazari-Hazir, who is a lawyer, accused male police officers of "physically assaulting" and "abducting" her mother.

The Islamabad High Court reopened after working hours as Imaan Mazari filed a petition against her mother's arrest.

The instant writ petition was filed under Article 199 of the Constitution, which allows a petitioner to move a high court for the enforcement of any of the Fundamental Rights. The PTI counsels prayed before the court to issue an order for the production of Shireen Mazari.

The petition said the former human rights minister was ‘forcibly taken away by unidentified people from the street; and that Koshar Police Station had “no information whatsoever with regard to any FIR or criminal complaint” about her arrest.

Several PTI leaders including Fawad Chaudhry, Zulfi Bukhari, Farrukh Habib, and others were also at the Islamabad High Court.

Earlier in the day, Punjab Chief Minister Hamza Shehbaz ordered the immediate release of a senior PTI leader. The newly appointed executive of the country's most populous region said that inquiry should be held against the personnel of the anti-corruption unit who had arrested her.